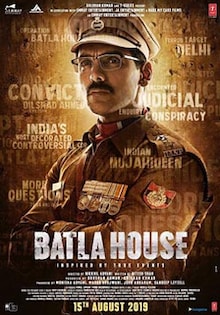 Batla House is a new Hindi movie of 2019 movie which is based on the Batla House encounter case which took place on 19th September 2008. This is an action thriller film which is directed by Nikkhil Advani. The movie features John Abraham and Mrunal Thakur in the lead roles. John Abraham will be seen in the role of a police officer named, Sanjeev Kumar Yadav. In addition to this, Ravi Kishan, Kranti Prakash Jha and Nora Fatehi will also be seen in the cast of the movie. The film is set to release on 15th August 2019 on Independence Day of India. Batla House is to clash with Akshay Kumar starer Mission Mangal which is also scheduled to release on the same day. In the below story find the Batla House movie ticket offers which you can use to book movie ticket online. 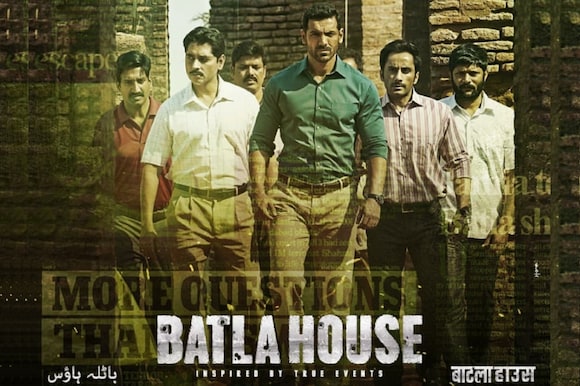 Batla House that features John Abraham as the main lead in the movie plays the role of Sanjay Kumar who heads Delhi Special cell which is mainly responsible for doing the encounters. The movie begins with a discussion between John and Mrunal Thakur who plays the role of his wife in the movie who is also a renowned journalist of a famous TV channel. The movie actually begins when Ravi Kishan and team commit an encounter of the terrorists who were currently residing in Batla House, Okhla area of the Delhi city. These were the culprits of the 5 major cities bomb blast out of two manage to escape.

The allegation that builds around Sanjay is that he has killed innocent students and named it as encounter. The movie shows that journey of the police officer who is sincere in his duties and show he manages to fight his fears which he came across while completing this mission. Nora Fatehi, who gave us one amazing revived track "Saki Saki" in which you can see her show her magnificent belly dance moves. She is the love attention of one of the culprits who managed to escape the encounter from Delhi. She is a dancer who is living in India on illegal grounds. John and his team gropes her and convinces her to join hands with the police so that they can catch the culprit and bring him to Delhi as the live evidence. Nora has done her part well enough in the screen-space she has got. The movie's downfall is its screenplay and its direction. John looks his best always as we find him one of the most convincing Bollywood actors who looks dapper in the uniform attire. Mrunal, Ravi Kishan and Kranti Prakash Jha are also doing justice to their parts.

Head to the movie theatres to watch Batla House, as the movie shows both the parts and tries to defend none from the plot. Watch Batla House and post us your opinion about the movie. Do not forget to dop in your rating too.

The first song from the Batla House is OUT and we Nora is a treat to watch. The "O Saki Saki" song is a recreated from the movie Musafir. Nora stuns us by her terrific belly dancing moves. Watch it if you don't believe us!