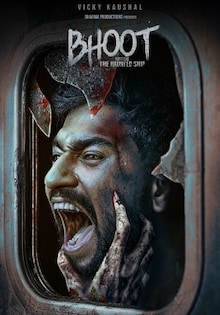 About Bhoot - Part One: The Haunted Ship Movie

Bhoot Part One - The Haunted Ship is a new Hindi Movie 2020 which stars Vicky Kaushal and Bhumi Pednekar as the leads. Ashutosh Rana will also be seen in the prominent role. The movie is helmed by debutant Bhanu Pratap Singh, who has assisted Shashank Khaitan (director of Dhadak) on Humpty Sharma Ki Dulhania (2014). The makers of the movie had got the title tights from Ram Gopal Varma. This is the first time Vicky will be seen in the horror genre. The producers of the movie are Karan Johar, Hiroo Johar, Shashank Khaitan and Apoorva Mehta. Bhoot movie is based on a true incident that took place in Mumbai in the year 2011. This is totally a non-Dharma type movie that shall be releasing horror franchise first followed the second part (date not scheduled yet). 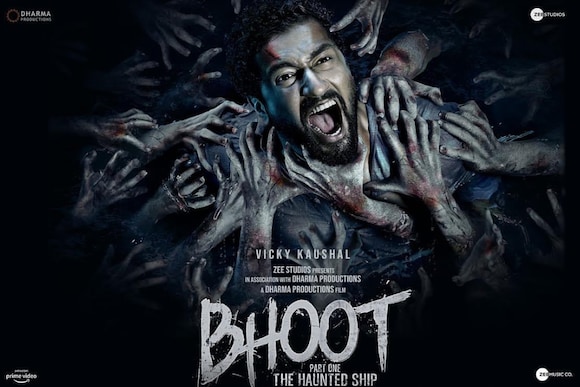 Bhoot Part One: The Haunted Ship is about an abandoned ship Sea-Bird, that sails into Juhu Beach, Mumbai and Prithvi’s (Vicky Kaushal) company are given the charge of getting rid of it making Prithvi the lead of the task. The movie also shows that Prithvi is a lonely soul grieving the death of his wife (Bhumi Pednekar) and daughter. After hearing rumours that Sea-Bird is haunted, Prithvi, his friend and Prof. Raghuveer Joshi (Ashutosh Rana) get to the root of the problem and rescues a girl named Meera (Sara Gesawat) who is under the possession of the ghost of her boyfriend of Meera’s mother (Meher Vij). There are many loopholes in the story and it is not scary at all. The first half is good but the second half of the movie is completely on Vicky’s shoulders.

Bhoot Part One: The Haunted Ship proves yet again that ‘Bollywood cannot make horror movies’ because it gets difficult to sit through the entire movie.

Bhoot Part One - The Haunted Ship was Vicky's first attempt towards the horror genre and if you couldn't watch the movie in your nearest theatres then you can watch the movie online now. Sit on your couch comfortably and gather all the junks and pop-corn while you watch Watch Bhoot full movie online in HD on Amazon Prime.

First Song from the movie is out.