Bhuj: The Pride of India

About Bhuj: The Pride of India Movie

Bhuj: The Pride of India is an upcoming period war drama that has been directed by Abhishek Dudhaiya. It stars Ajay Devgn in the character of Vijay Karnik, IAF Squadron Leader, alongside Sonakshi Sinha, Nora Fatehi, Ihana Dhillon, Sharad Kelkar, Sanjay Dutt, Pranitha Subhash and Amy Virk in supporting characters. Bhuj: The Pride of India has been produced under the banners of Ajay Devgn FFilms, T-Series and Select Media Holding LLP and is has been distributed by Disney+Hotstar. The film has been scheduled to stream on the OTT platform Disney+Hotstar from August 13 2021. 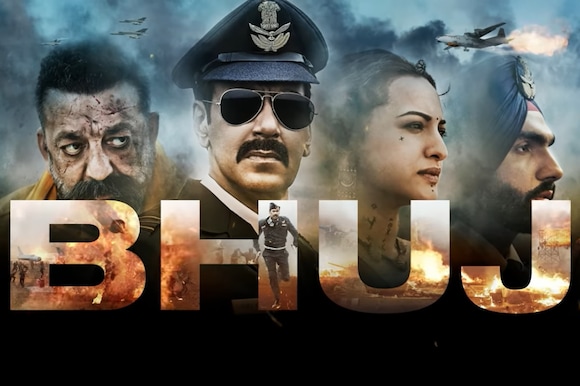 Take a look at the Bhuj: The Pride of India official trailer below.

The first song of the movie "Hanjugam" is finally OUT. This delighful track is sung by Jubin Nautiyal.