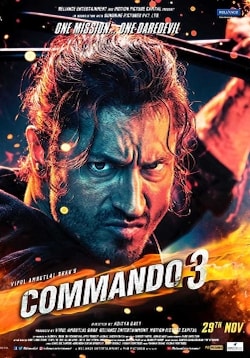 After Junglee, get ready to watch Vidyut Jammwal in Commando 3 which is the sequel to Commando 2. The movie features Vidyut Jammwal, Adah Sharma, Angira Dhar and Gulshan Devaiah in the lead roles. You can also see Abhilash Chaudhary, Sumeet Thakur, Mark Bennington, Atharva Vishwakarma, Feryna Wazheir, Rajesh Tailang, R. Bhakti Klein, Aashin A. Shah and many more in the supporting roles. Commando 3 official trailer and the release date is 29th November 2019. In the below story, you'll find Commando 3 trailer, songs, cast, and more. 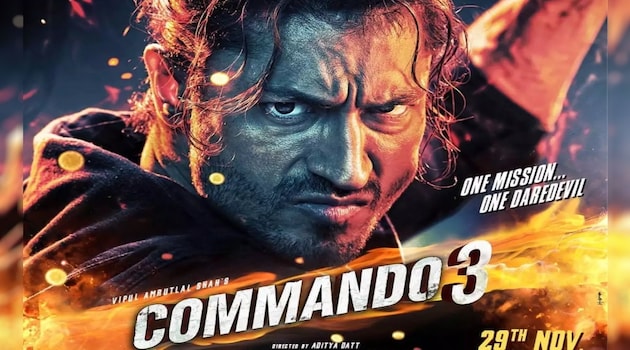 If you are a fan of the heroic performance of Vidyut Jammwal, Commando 3 is the film for you with some amazing twists and turns in the story.

After a terrorist message doing round amongst the youth brainwashing them to commit a deadly attack to take revenge for the mistreatment on Muslims in India, Karanveer Singh Dogra (Vidyut Jammwal) is brought into action with some leads to follow and stop the attack from happening. He then flies to London with Bhavana Reddy (Adah Sharma) and works along with the two officers of British Intelligence, Mallika (Angira Dhar) and Armaan (Sumeet Thakur). They get together to find Buraq (Gulshan Devaiah), a psychopathic leader and the man who is responsible for the terrorist message and the upcoming attacks and stops them from taking place. Regardless of Commando 3 being full of action, the script of the film is a bit slick that becomes a small drawback of the film.

So, with some thrilling action in the film, it is a fast-paced movie with some amazing twists in the story that you might not see coming. But it might keep you a little less engaged with the film so, decide to watch the movie only if you happen to be a Vidyut Jammwal fan.

Commando 3 (2019) starred Vidyut Jammwal, Adah Sharma, Angira Dhar and Gulshan Devaiah in the prominent roles. This was was one of the much-waited movies is this was the sequel to the Commando 2 and 3rd instalment in the Commando franchise. As the Commando 3 movie is now available to watch online, you can relax on your couch and enjoy the most of this action thriller flick. Wait no more and watch Commando 3 full movie online in HD.