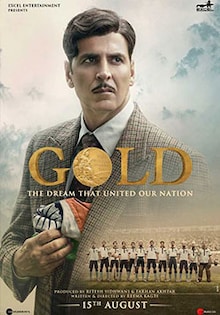 Gold: The Dream That United Our Nation is a Bollywood historical sports-drama movie released on 15th August 2018, Indias Independence Day. The movie features Akshay Kumar, Mouni Roy, Kunal Kapoor, Vineet Kumar Singh, Amit Sadh, and Sunny Kaushal in the lead roles. The movie is directed by Reema Kagti and produced by Ritesh Sidhwani and  Farhan Akhtar. The movie is produced under the Excel Entertainment banner. The movie depicts the true struggle faced during the national hockey team's title at the 1948 Summer Olympics. Gold revolves around the Indian Hockey Team Manager (pre-independence), Tapan Das (Akshay Kumar) who holds the aspirations of we Indians playing hockey as a free country. To fulfil his aspirations he starts to coach a novice hockey team to earn India's first Olympic gold medal post independent at the 1948 Summer Olympics.  The Gold cast has dropped phenomenal performances and at the same, the time songs of Gold movie also goes with the story plot. Below you can take a look at the Gold songs, official trailer, release date and more.
The movie became the first Bollywood film ever to release in Saudi Arabia, an indeed another proud moment for us as Indians. 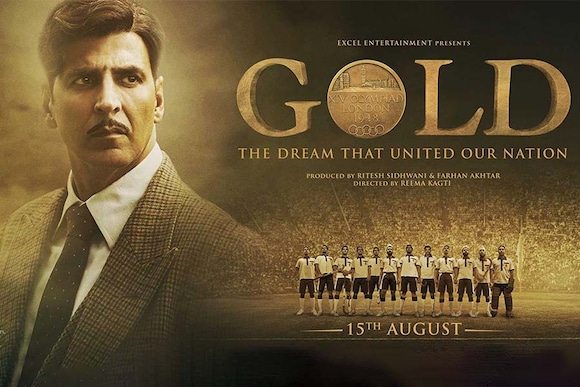 Mimi
Advertisement
Fear of Missing Out Best Deals?
Subscribe to our newsletter. Now!