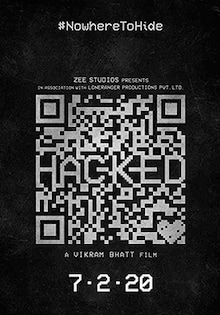 Hacked is a Bollywood movie of 2020 that stars Hina Khan, Rohan Shah, Mohit Malhotra and Sid Makkar in the prominent roles. This Vikram Bhatt movie brings a major issue to notice which is hacking and stalking. The story of the movie revolves around a young 19-year boy who apparently falls in love with an older married girl and gets obsessed. When she rejects his proposal, he turns in to revenge mode and hacks her social accounts to stalk her on a daily basis. You can scroll down to see more movie details like Hacked trailer, release date, song, review and much more. 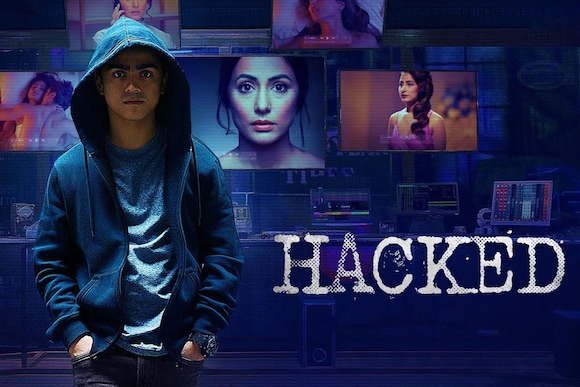 Hacked is the debut movie of Hina Khan who has played the character Sameera ‘Sam’ Khanna, a hotshot editor of a fashion magazine and a boyfriend named Om Kapoor (Siddhart Makkar) who. She becomes friends with Vivek (Rohan Shah), a cute kid from her apartment complex who later falls in love with her and makes life difficult for her by hacking not only the company files of her office and putting the entire blame on her but he also hacks her Facebook account. Rohan does all this to teach Sam a lesson after she rejects him and slaps him publicly in a cafe. The actors have tried too hard to play their characters but they have failed immensely. Also, at the beginning of the movie, the story might feel a tad bit interesting but later it falls plain flat.

Hacked does have above-average songs, just like any other Bhatt camp movie, but the story of this fails tremendously.

See Hina Khan make her Bollywood debut with this crime-thriller flick which shows the worst side of the internet and cyber-crime. Wait no more to watch Hacked full movie online on Zee5.

Hacked trailer looks prominent when it comes to the story plot. It is quite evident how hacking personal details can destroy one's life. In the Hacked trailer you will come across a young boy who looks like a psychopath and is in madly in love with a lady who is quite older than him. His revenge starts when the lady rejects his proposal which makes him hack all her social media accounts and the company secret data in which she works. The Hacked trailer brings the most common and most-ignored cyber issue into to notice. Watch the eye-opening Hacked trailer below.

All the songs of the Hacked movie are listed below. Take a look!