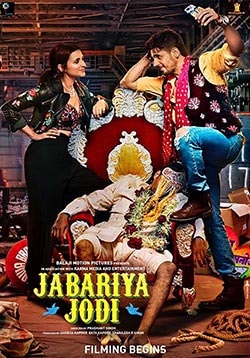 Jabariya Jodi is a new Hindi movie that stars Sidharth Malhotra and Parineeti Chopra in the lead roles. These two are reuniting for the second time after Hasee Toh Phasee (2014). This comedy-romantic flick is directed by Prashant Singh and is co-produced by Ekta Kapoor, Shobha Kapoor and Shailesh. R. Singh. The first look of the Jabariya Jodi movie was quite intriguing and the look showcases Parineeti and Sidharth lost in each other but in between them, there is a groom tied and unconscious. The Jabariya Jodi release date is 9th August 2019.

Jabariya Jodi movie is very much associated with the concept of 'pakadwa vivaah' which is also called "the forced marriage" which can be observed in the parts of Bihar and UP.  In "Pakadwa Vivaah" eligible grooms who demands heavy dowry are kidnapped by professionals and gotten married to girls at the gunpoint. In the movie, you can see Sidharth Malhotra as Abhay Singh, who is a Patna-based 'Bahubali' who is well-known for kidnapping groom to get them married to the girl with whom the marriage was fixed. While on the other hand, Parineeti Chopra as Babli is Abhay's childhood love who returns backs in his life which and they both fall for each other. For more, watch Jabariya Jodi in your nearest theatres.

Wait no more and checkout Jabariya Jodi official trailer, songs, release date and more about the movie at one single place. Also, find the best Jabariya Jodi movie ticket offers which you can use to book movie tickets online at pretty affordable range without making a hole in your pocket. 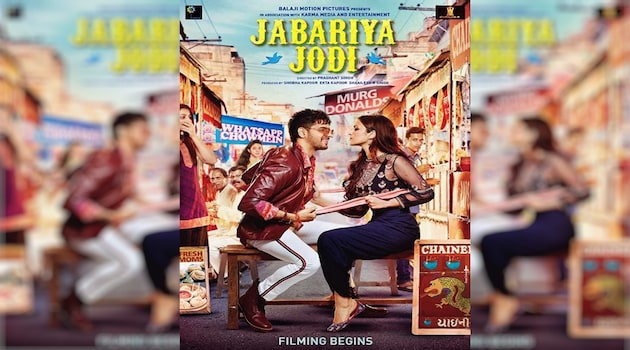 Jabariya Jodi movie opens in the era of 2005, in a small city called Madhopur.  Both feisty schoolgirl Babli Yadav and a cocky teenager Abhay Singh reside in the same city. During one incident, both the kids develop a bond, but apparently like any other obstruction in the childhood lovestory, the girl leaves the city. By the time Abhay Singh has turned into a thug who kidnaps the groom who have demanded hefty dowry and gets them married forcefully abruptly. Fifteen years have been passed and then Babli Yadav returns back in the town and there comes a situation where has to choose between love and or his ambition.

Sidharth Malhotra and Parineeti Chopra look great together but Sidharth Malhotra is too chocolaty for the thug gunda role and Parineeti Chopra is BANG ON with her Bihari accent. Both have left no stone unturned to do justice to the movie but what fails is the screenplay of the movie which comes out as poorly written script which barely has the capacity to keep the audiences glued to the seats despite the hilarious punches. In the Jabariya Jodi movie, they've tried to portrait serious issues by filling the movie with lighter moments. But the movie gets tangled in between a melodramatic narrative that doesn’t feel awesome and you feel that you're Jabariya forced into a situation to watch the movie.

The music of Jabariya Jodi is composed by Ashok Mastie, Tanishk Bagchi and Vishal Mishra and the lyrics are penned by Raj Shekhar, Tanishk Bagchi and Rashmi Virag. The first song of Jabariya Jodi is the revived version of the famous song "Khadke Glassy". Another reprise "Zilla Hilela" is another massy number which has taken over the internet by storm. The love song "Dhoonde Akhiyaan" from the movie is OUT, watch it Now!