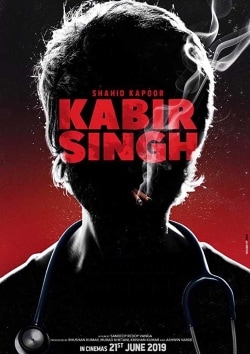 Kabir Singh is a new Hindi movie of 2019 which is written and directed by Sandeep Vanga. It is a remake of the famous Telugu film Arjun Reddy which was released earlier in 2017. The film stars Shahid Kapoor and Kiara Advani in the lead roles. In the movie, you will see Shahid Kapoor sporting four different looks as a college boy, a professional guy, a self-destructive man and a rehabilitated man. The film has released all over India on 21st June 2019. Watch the official trailer, songs, released date and much more. Shahid Kapoor was last seen in Padmaavat and Kiara Advani's First Class from Kalank has taken the internet by storm. After Kabir Singh, Kiara will be next seen in Good Newwz. 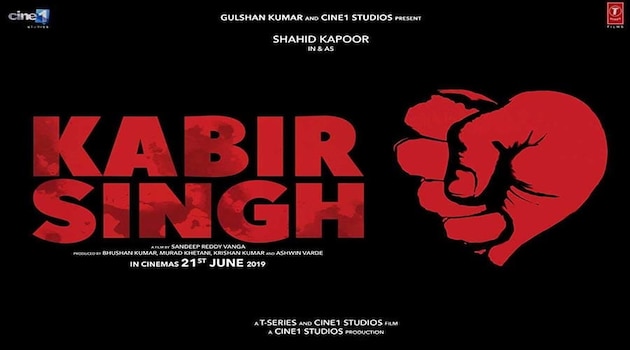 Kabir Singh is a remake of the Telugu blockbuster Arjun Raddy which is directed flawlessly by Sandeep Vanga. In the movie, Shahid's character is full of anger issues and gets provoked by all types of unethical act. Shahid is a final year MBBS student who falls in love with the girl named Preeti, who is a first-year student of MBBS. Kiara's part is quite innocent who barely asks or questions Shahid. But it's clear that she ain't harassed as she never opposes for the affection Shahid shows towards her. The first half of the movie is quite fascinating as it shows the journey of Kabir Singh that how he turns into a violent brat. The second half of the movie shows how he's struggling to get over Preeti. This makes him turn drunk and get indulged into the other types of drugs. The accessive of these things turns him sick and this his body alarms him to warn. As mentioned that Kabir is a guy with substance and opposes everything which he finds against his dignity.

To some, this movie will sound like the celebration of Toxic masculinity, but to be very honest we barely have the guts to believe in these types of characters and accept the reality. Whatever be it, we found the movie depict one of the purest forms of love and monogamy which seem to deplete in the era of the 21st century. Shahid command's the screen like a pro and this movie is definitely taking the method acting skills to the next level. The most relatable part of the movie is its dialogues which are just are how normal people talk. You can feel the passionate love between the Shahid and Kiara even through the screen.
Do not watch the movie to bring in the traits of Kabir's character rather watch the movie to see how flawless cinema can be.

Kabir Singh trailer is out and Shahid is already killing it. In the official trailer of Kabir Singh, you get to see Shahid Kapoor as an intense and impulsive doctor who is highly rebellious. He can beats up people and can utter the typical ugly abuses when someone rubs him the wrong way. Be it liquor or cocaine, he has tried his hands on all. As the way, Kabir Singh teaser left us wanting to have the trailer also drops the same impression. Stop reading all the praises and watch Kabir Singh trailer below.

The soundtrack of the movie Kabir Singh is composed by Mithoon, Vishal Mishra, Amaal Mallik and Sachet-Parampara. The songs "Bekhayali" and "Tujhe Kitna Chahne Lage" have taken the internet by storm. The new song "Mere Soneya" seems to another love anthem of the year. Check it out.