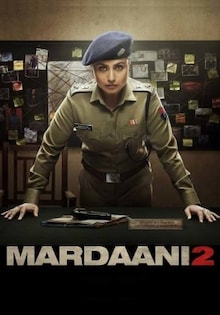 Mardaani 2 is a new Hindi movie which is the sequel to Mardaani. Rani Mukerji is ready as a police officer, Shivani Shivaji Roy to fight against the crime. Mardaani 2 is written and directed by Gopi Puthran. Mardaani 2 release date is 13th December 2019. Produced by Aditya Chopra and executed under Yash Raj Films banner, is one of the most-awaited Hindi movies of Rani Mukerji. Yash Raj Films have released a new look of Rani Mukerji in which she looks no less than an intense cop in the police uniforms. In the below story, find more about Mardaani 2 songs, trailer, release date, cast and much more. You can also find, Mardaani 2 movie ticket booking offers from BookMyShow, Paytm and Amazon Pay, so that you can book Mardaani 2 movie tickets at pretty nominal prices. Mardaani 2 sharing its release date with thriller flick The Body too, so be wise while booking movie tickets online. Not just that also take a glimpse of Salman Khan starrer movie Dabangg 3, if you wish to lighten your mood with some high-voltage Bollywood drama. 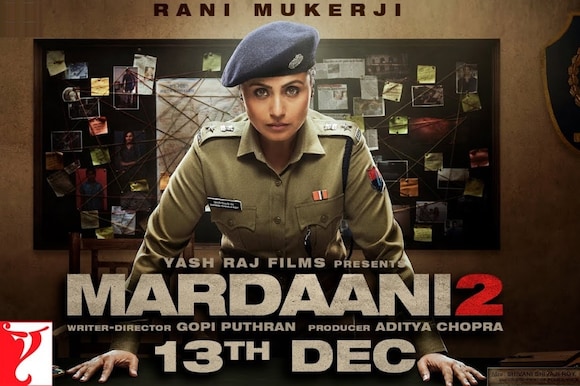 Mardaani 2 is the second instalment of the crime thriller franchise Mardaani the story of which is to the point and fast-paced and it is based in Kota, Rajasthan.

Starring Rani Mukherji as Shivani Shivaji Roy and introducing Vishal Jethwa as Sunny the film shows the story of Sunny who is serial killer and rapes young women before murdering them out of nothing but male ego. He has a stereotypical mentality regarding women and keeps reminding them not to forget their ‘aukaat’. This is the kind of movie that will make you glued to the screen throughout the movie with not just amazing acting but also an impeccable story. The story of Mardaani 2 is not just a fictional story but a sad reality of our society with which women deal on a daily basis. Vishal Jethwa has done an outstanding job and cannot be ignored. He is the real villain of the story who not only commits the heinous crimes but he also challenges Shivani to stop him.

What happens in the movie and how this case is cracked by Shivani Shivaji Roy and her team? Well, you need to watch the Mardaani 2 to find out about it.

Here comes the Mardaani 2 official trailer which leaves you speechless. Watch Rani in her most fierce avatar ever.