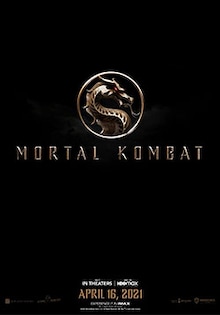 Mortal Kombat is an upcoming Hollywood martial arts fantasy action film that has been directed by Simon McQuoid and the screenplay of the film is by Greg Russo and Dave Callaham. The film is based on a video game franchise of the same name that has been created by Ed Boon and John Tobias. It stars Lewis Tan, Jessica McNamee, Josh Lawson, Tadanobu Asano, Mehcad Brooks, Ludi Lin, Chin Han, Joe Taslim, and Hiroyuki Sanada. Mortal Kombat has been produced by New Line Cinema, Atomic Monster Productions and Broken Road Productions and it is scheduled to release on 16th April 2021. Mortal Kombat official trailer is out and looks no less than a violent video game fight, scroll down to watch it right away. The official trailer of Mortal Kombat gives you a glimpse of the first good look at the latest live-action versions of Sonya, Raiden, Kano, Liu Kang, Shang Tsung, Jax and Kung Lao, along with battling supernatural warriors' Scorpion and Sub-Zero. The new film seems to be a reprised attempt towards the extremely violent fighting game after the original movies from the 1990s, which are Mortal Kombat and Mortal Kombat: Annihilation. Watch the Mortal Kombat official trailer below.