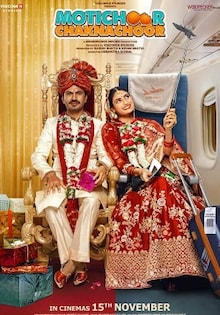 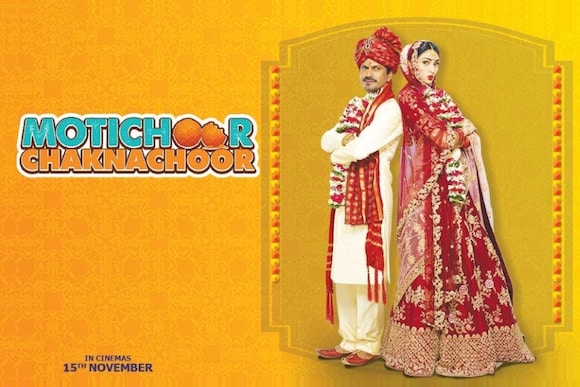 Motichoor Chaknachoor tries very hard to become a comedy film but fails at it regardless of some great acting by the cast of the film.

Motichoor Chaknachoor is the story of a young girl from Bhopal, Anita Tripathi aka Ani (Athiya Shetty) who wants to go and settle abroad and post photos on social media to make her friends jealous and for that, she decided to marry an NRI boy. On the other hand, there is her neighbour Pushpinder Tyagi (Nawazuddin Siddiqui), a 36-year old bachelor working in Dubai, is looking for a bride, and is ready to settle for anybody. While Pushpinder’s mother (Vibha Chibber) is hoping to get her son married only against some fat dowry, Ani’s aunt (Karuna Pandey) suggests she considers Pushpinder as an option for the NRI groom. They eventually run away and get married leaving both the family in extreme shock. With some genuinely funny scenes and some emotional moments, both the actors have shined in their respective roles with Athiya Shetty making sincere efforts in pulling off certain scenes.

Except for some dialogues, scenes and tedious chain of events, the film is bare-able and it can be considered as a one – time watch without a second thought about it.