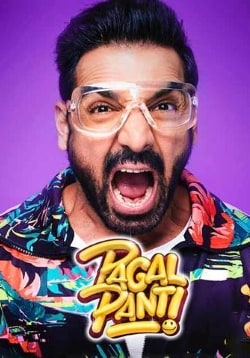 Pagalpanti is a Bollywood 2019 romantic comedy-drama which is also a multi-starer one. The movie features Anil Kapoor, John Abraham, Ileana D’ Cruz, Arshad Warsi, Pulkit Samrat, Kriti Kharbanda, Urvashi Rautela and Saurabh Shukla in the prominent roles. The movie is helmed and written by Anees Bazmee. Anil Kapoor has previously worked with Anees Bazmee films and shared screen space with John Abraham in Welcome Back and Ileana D’Cruz in Mubarakan. With this, John Abraham seems to pause with patriotic contents like Satyameva Jayate, Batla House and Romeo Akbar Walter. As of now, you can checkout some important details like Pagalpanti trailer, songs, cast, release date and more. Pagalpanti release date is 22nd November 2019. If not interested in this movie, you can also checkout Marjaavaan movie online. 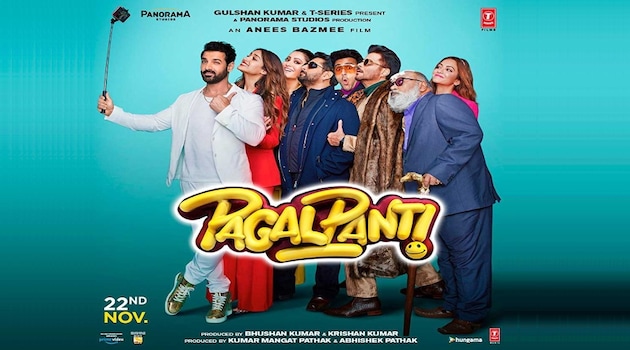 After the success of films like Housefull, Welcome, Dhamal, Golmaal and Singh is Kinng, Pagalpanti is another film that will take you on a mindless comedy adventure.

After piling up a lot of debt due to his ill-fortune Raj Kishore (John Abraham), Chandu (Pulkit Samrat) and Junky (Arshad Warsi) start working for gangsters duo Wifi (Anil Kapoor) and Raja (Saurabh Shukla), taking them to London. Regardless of shifting in a new city, their misfortune does not leave them which brings losses to the gangsters’ duo. Raj woos Sanjana (Ileana D’Cruz) whereas Janvi (Kriti Kharbanda), Raja’s daughter, becomes the love interest of Chandu. Urvashi Rautela stuns people with her glamorous dance number. John and Pulkit’s charm, Arshad’s comic timing and Anil Kapoor and Saurabh Shukla’s flawless acting is a plus to the plot of the film. The script is full of hilarious jokes with the actors doing complete justice to it. The action scenes in Pagalpanti are almost average that becomes a slight put-off to the plot of the film. All these factors make Pagalpanti fun to watch.

All in all, Pagalpanti is the kind of film that can be watched alone, with group of friends or with family which will only make everyone laugh out loud.

If you were not fortunate enough to watch this comedy flick in the theatres then worry not as now you can watch Pagalpanti full movie online in HD on Amazon Prime and enjoy the smooth visual and audio experience at your comfort.

The music of the Pagalpanti movie is composed by SajidWajid, Tanishk Bagchi, Nayeem-Shabir and Yo Yo Honey Singh. The lyrics are written by Yo Yo Honey Singh, Shabbir Ahmed and Kumaar. The movie has a number of remakes like "Tum Par Hum Hai Aatke" from Pyaar Kiya To Darna Kya and "Bimar Dil" from movie ChaalBaaz are recreated by Tanishk Bagchi.