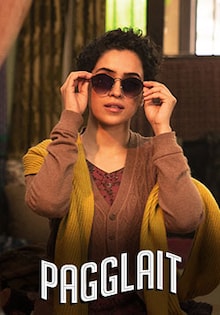 Pagglait is a comedy-drama that has been directed and written by Umesh Bisht and it has been produced by Ekta Kapoor, Shobha Kapoor, Achin Jain, and Guneet Monga under the popular production banners of Sikhya Entertainment and Balaji Motion Pictures. The movie stars Sanya Malhotra, Vikrant Massey, Sheeba Chaddha, Ashutosh Rana, Shruti Sharma, Sayani Gupta and Raghubir Yadav to play the prominent roles of the story. Pagglait has been distributed by Netflix and has premiered on Netflix on 26th March 2021.

Sanya made her Bollywood film debut with Aamir Khan's Dangal. She was later seen in Badhaai Ho, Pataakha, Photograph, Shankuntala Devi, and recently in Anurag Basu's Ludo. Now, this Pagglait trailer proves that she deserves a pat for script choices and strong performances. Watching Sanya in this role will be interesting and we're curious to watch the movie and wait for it to premiere on Netflix. 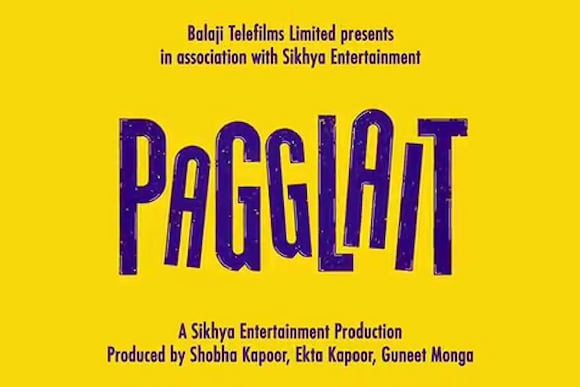 Pagglait is the story of Sandhya (Sanya Malhotra), whose husband dies after 5 months of their wedding. The film takes a dig on the societal norms and the backward mindset of people regarding the fate of a young widow and the fact that she becomes ‘untouchable’ because her husband is dead. Sanya Malhotra as Sandhya has done an immensely amazing job definitely leaving her mark in the hearts of the audiences while the writer and director of the film, Umesh Bist, has also portrayed the story amazingly. All the actors in the film whether a brief role of Sayani Gupta, senior actors like Ashutosh Rana and Sheeba Chaddha or Shruti Sharma as Sandhya’s best friend, has played the characters effortlessly.

All in all, Pagglait is the kind of movie that shows the bitter truth of Indian society in regards to a widow and if you are interested in such societal drama films, you should definitely watch this one.

Watch the Pagglait official trailer below and watch Sanya Malhotra steal the show.