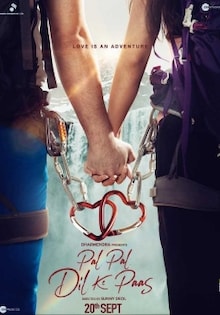 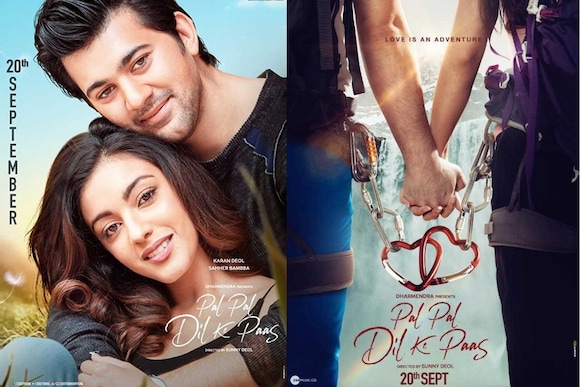 A love story set in the snowy hills of Himachal Pradesh Pal Pal Dil Ke Paas has marked the debut of Sahher Bambba and Sunny Deol’s son Karan Deol that shows the highs and lows of love between them.

Trying to escape from the annual family function, Delhi’s top vlogger Saher Sethi (Sahher Bambba) manages to get an assignment to review an exclusive trekking company in Manali named ‘Camp Ujhi’ that is owned by Karan Sehgal (Karan Deol). Honestly speaking, apart from the picturesque mountains of Himachal and decent acting by the leads, there isn’t anything very appealing about the film. On one hand, there is Saher Sethi who is an ace blogger and an aspiring singer but she does not seem to be committed to any of those and keeps cribbing and ranting about how difficult the trekking trip is while on the other hand there is Karan Sehgal who is least interest in his trekking business and seem to be barely involved into it. Pal Pal Dil Ke Paas is nothing but a typical girl meets boy kind of love story where one is rich and the other is poor or someone from either side of the family has a problem with their relationship.

Are you a fan of the films of the romantic genre? Opt to watch this film only if the answer is a strong yes because there isn’t anything to expect from the film.

Want to witness how the relationship starts on a bitter note but then transforms into true love? Watch Pal Pal Dil Ke Paas full movie online in HD as this romantic movie stars Karan Deol, Sahher Bambba, Simone Singh and Sachin Khedekar in the prominent roles.

The music of the movie Pal Pal Dil Ke Paas is composed by Sachet-Parampara, Rishi Rich and Tanishk Bagchi. The lyrics are penned by Siddharth-Garima. After the first song "Ho Jaa Awara", the title track from the movie is out and its really melodious and soothing to ears. Take a look below.