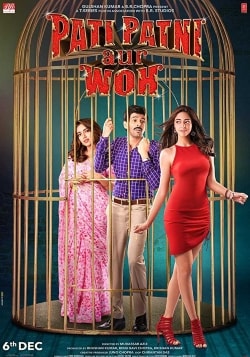 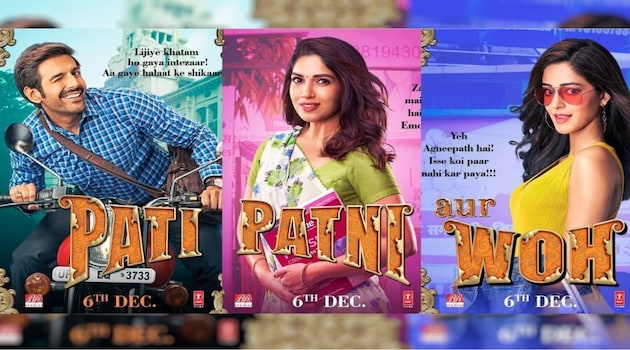 With old-fashion notions of infidelity, Pati Patni Aur Woh, a remake of BR Chopra directed 1978 film of the same name it is a humorous love-triangle with some cleverly timed dialogues.

Chintu Tyagi (Kartik Aaryan) is a PWD officer in Kanpur who falls in love with Tapasya (Ananya Pandey), his secretary and lies about his wife Vedika (Bhumi Pednekar) having terminal cancer to gain her sympathy and they later start having an affair with Chintu cheating on his wife. All of this leads to a lot of confusion and drama. When both the women get to know that they have been lied to, they confront Chintu about it and he promises to never do anything of this sort ever again. All the characters have been played brilliantly by the actors with an icing on the cake being Faheem Rizvi (Aparshakti Khurrana) who plays the character of Chintu’s best-friend and keeps constantly reminding him that what he is doing is not right. Like all the other films in which Kartik Aaryan has starred in, there has been a famous monologue delivered by him and this film isn’t any different from the others except this time it is not a woman rant.

If you are looking for a film with not just great performances but also with some great laughs, Pati Patni Aur Woh is the movie you can surely watch without thinking twice about it.

Pati Patni Aur Woh trailer is super-hilarious which has all the twists of marriage and extramarital affair in it. Watched the Pati Patni Aur Woh official trailer? Head on to click on the below link to witness the rib-crackling trailer.

After the sensational songs like "Dheeme Dheeme", "Ankhiyon Se Goli Mare" and "Dilbara" the new song which gives an adorable love song is finally out. Listen to "Tu Hi Yaar Mera" below.