Photograph is a 2019 Bollywood coming-of-age romantic comedy-drama film that features Nawazuddin Siddiqui and Sanya Malhotra in the lead roles.  Sanya will be seen in Photograph movie after her Badhaai Ho which was released in 2018. The film is written, co-produced and directed by Ritesh Batra. Before releasing in India, the movie is already premiered at the 2019 Sundance Film Festival and at the 69th Berlin International Film Festival.

Photograph is an unusual love story that revolves around a street photographer Rafi (Nawazuddin Siddiqui) based in Mumbai and a shy stranger Miloni (Sanya Malhotra). Rafi manages to convince Miloni to get a picture clicked as his fiancee which he sends to his grandmother who keeps pressurizing him to get married. Miloni gets the picture clicked and the photographer readily convinces his grandmother. She further urges him to introduce her to his fiancé. He tracks down Miloni, and this time also convinces her to fake their relationship. Despite all the differences, the two form a unique bond between themselves. The movie is basically a love letter to Mumbai city in which thousands of strangers find their near and dear ones. Take a glimpse at the other top upcoming Bollywood releases which you might have missed to keep an eye on. 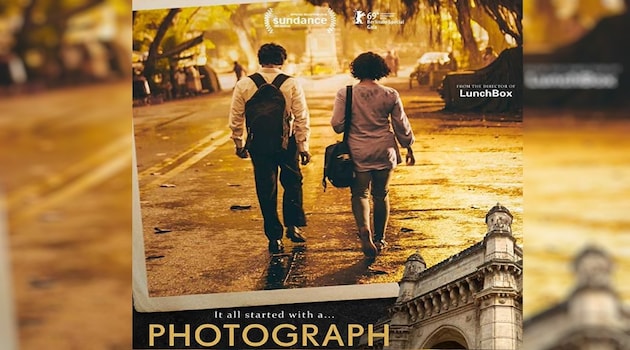 Photograph, is a meditative movie on a relationship which is really hard to define in words. Miloni and Rafi share a bond despite being so very different in all aspects be it class, education, religions, social gatherings, skin colour and what not. Miloni is an attractive intelligent girl from a Gujarati middle-class family while Rafi is an uneducated Muslim guy who does photography at Gateway Of India in Mumbai to make his living. Miloni turns her name Noori for Rafi in order to convince his grandmother and make it their relationship look realistic. They later eventually discover that the two have many things in common despite so many differences. Siddiqui proves this time again that he the master of his craft as his presence will keep you hooked and look convincing. Sanya, on the other hand, plays the part of an introvert character to utmost perfection. The movie shows the essence of Mumbai city in the most beautiful way. The slow pace of the movie might not attract fast pace audiences. Watch the movie to grope the tenderness that Miloni and Rafi shared while being with each other.

Photograph movie trailer was released on 18th February 2019, which brings in the relealistic feel of Mumbai city close to heart and shows how strangers meet and share a bond with each other.