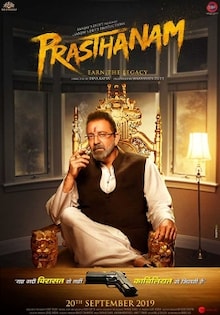 Prassthanam is a Bollywood movie that is a remake of the Telugu movie of the same name. This Bollywood movie stars Sanjay Dutt, Manisha Koirala, Amyra Dastur, Jackie Shroff, Chunky Pandey, Ali Fazal and Satyajeet Dubey in the main lead roles. Sanjay Dutt plays the role of a politician as Baldev Pratap Singh and the movie revolves around him and his family. In the below story, you'll find the major info about the movie like Prassthanam release date, trailer, songs, review and much more. Well, Prassthanam was released on 20th September 2019 and it shared its release date with other two Bollywood movies: Pal Pal Dil Ke Paas and The Zoya Factor. 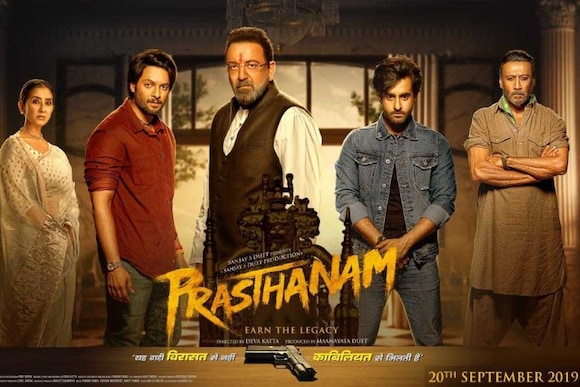 Sanjay Dutt is back with yet another drama film, this time being a political drama that explores human nature, complex relationships, emotional turmoil and the most important thing-hunger for power.

Being the official Hindi remake of the Telugu film of the same name there is basically no difference in the stories between the two except the names of the characters and the actors playing them. The story of Prassthanam revolves around Baldev Pratap Singh (Sanjay Dutt) and his family. Soon after Baldev gets married to a widow named Sukmini (Manisha Koirala), who already has 2 children – Aayushmann Singh (Ali Fazal) and Palak (Chahat Khanna), they have a biological son named Vivaan (Satyajeet Dubey) who is good for nothing person and wants nothing but the throne of his father by hook or by crook. When Baldev says to Aayushman that he will be the next person to reign his political empire, that’s when the story begins to catch its pace.

You need to watch the film to find out what happens in the family, how Vivaan will try to convince Baldev to support him and not Aayushmann, who gets Baldev’s throne and become the heir of the family. Also, if you happen to be a fan of political drama, this film is just for you.

This is a story of a politician who chooses his stepson as his heir due to his sincerity but his own son dislikes the decision and conducts triggering violence against his father. To watch this heir-related family drama, click on the "Watch on Amazon Prime" button right away.

After a strong Prassthanam Title Track, the new peppy number "Dil Bevda" is OUT. Watch the song below.