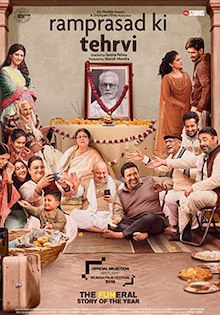 Ramprasad Ki Tervi is a new Bollywood drama film which is directed by actor-turned-director Seema Pahwa and with this movie she is making her directorial debut. The movie is been produced under the banners of Jio Studios and Drishyam Films. It stars Naseeruddin Shah, Konkana Sen Sharma, Vinay Pathak, Supriya Pathak, Manoj Pahwa and Vineet Kumar as leading characters. Ramprasad Ki Tervi was premiered at Mumbai Film Festival on 17th October 2019 and has released theatrically on 1st January 2021. In the below story you will find more info about the movie like Ramprasad Ki Tervi cast, review, songs and more. Scroll down to take a look. 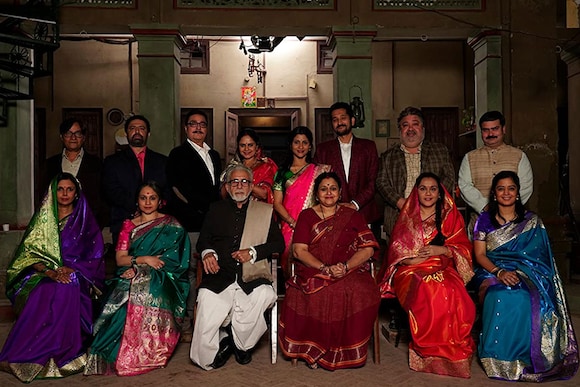 Ramprasad ki Tervi is the story of Bhargava family, who gather under one roof for 13 days after the sudden death of Ramprasad Bhargava (Naseeruddin Shah). The film shows clashes among the sons of Ramprasad as they struggle to manage the responsibilities of the family and also who will take care of their mother and Ramprasad’s wife a.k.a. Savitri (Supriya Pathak). The story of the film is neither funny nor emotional enough to keep the audiences glued to the film. The entire cast of the film has given amazing performances and even though the plot of the film is highly relatable but it ends up being a dull and gloomy film to watch. It also has small humour elements here and there but not the ones that will make you roll on the floor laughing.

Overall, Ramprasad ki Tervi has an amazing star cast but the film turns out to be an average film trying too hard to entertain.