Sahoo marks the Bollywood debut of Prabhas who gained immense popularity after giving a thundering performance in Baahubali. Prabhas is ready for his Bollywood debut in Sahoo movie. Saaho is a Bollywood action-thriller film which is written and directed by Sujeeth. The film stars Prabhas, Shraddha Kapoor, Neil Nitin Mukesh and Evelyn Sharma in the lead roles and the movie is also made in three languages simultaneously in Telugu, Hindi, Malayalam and Tamil. The movie is produced by UV Creations, T-Series, and Dharma Productions. This is one of the third most expensive movies made in India. The filming of the movie began in June 2017 and the makers have been generous enough by releasing Saaho first look poster, first teaser and a second teaser from time to time. It is the third most expensive Indian film made to date.  The Saaho movie was released on 30th August 2019. In the below story, find Saaho movie cast, songs, trailer and more. You can also find Saaho tickets online booking offers so that you can seamlessly book Saaho movie tickets with ease. If you've already watched Saaho, then you can also book Chhichhore movie tickets and go back to your college days as this movie will give you nostalgia. 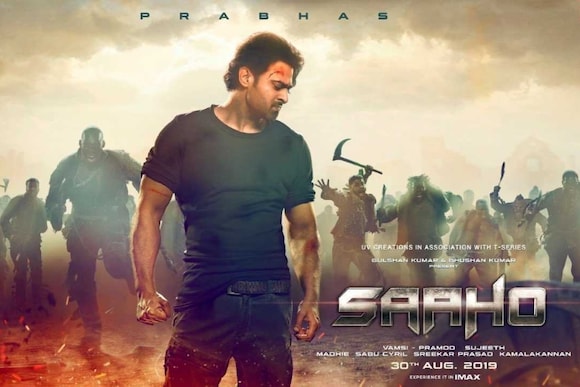 Saaho Hindi teaser is out and all the fans of Prabhas will get to watch the high-voltage action drama and superb chemistry with Shraddha Kapoor. Head on to watch the Saaho teaser below.

The music of the movie is composed by Shankar-Ehsaan-Loy and produced by KAY-S. After "Psycho Saiyaan" and "Enni Soni", Prabhas is ready to show his macho side alongside Jacqueline Fernandez in the new song "Bad Boy".