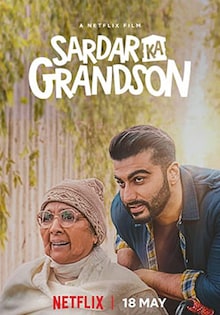 Sardar ka Grandson is a comedy political drama film that has been directed by Kaashvie Nair and is written by Anuja Chauhan. The film is the story of a relationship between a foreign-return grand-son who returns to his grandmother, living in Lahore, to fulfil her last wish. The film stars Arjun Kapoor and Neena Gupta in prominent roles alongside Rakul Preet Singh, John Abraham, Aditi Rao Hydari, Kanwaljit Singh, Divya Seth, Soni Razdan and Kumud Mishra. 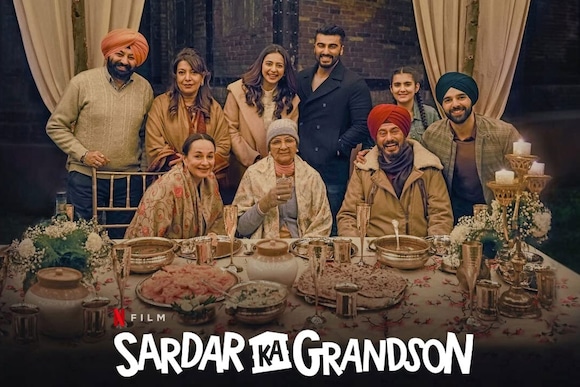 Sardar Ka Grandson is the story of Amreek (Arjun Kapoor) who runs a business of movers and packers in Los Angeles with his girlfriend Radha (Rakul Preet Singh). After having an argument with Radha, Amreek flies back to his home town Amritsar where he finds out that his grandmother Rupinder Kaur (Neena Gupta) is about to die. After hearing her last wish, which is to see her ancestral house in Lahore for which she asks Amreek to take her there. But, after the Pakistani authorities deny her a visa, he comes up with a plan of going to Pakistan all by himself to get his grandmother’s house lifted and transported to Amritsar. The film also plays back and forth with Rupinder having flashbacks of her young self (Aditi Rao Hydari) and her husband (John Abraham), who is not dead.

Sardar Ka Grandson shows a typical loud Punjabi family but it not only lacks emotional connect with the audience but lacks humour too. The comic timing of the actors fails to make the audience laugh and the comic punches fall flat. Neena Gupta has done an amazing job in playing the character and adding life into it but Arjun Kapoor is disappointing yet again and Rakul Preet Singh only seems to add glamour in the film. John Abraham and Aditi Rao Hydari have played their characters amazingly adding life to the flashbacks. The story is just an unbelievable plot which, even if wanted, cannot be felt realistic at all.

Take a look at the Sardar ka Grandson official trailer before heading on to watch the movie on Netflix.

Take a look at the songs of the Sardar ka Grandson movie below.