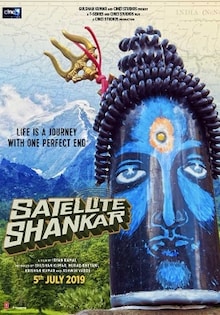 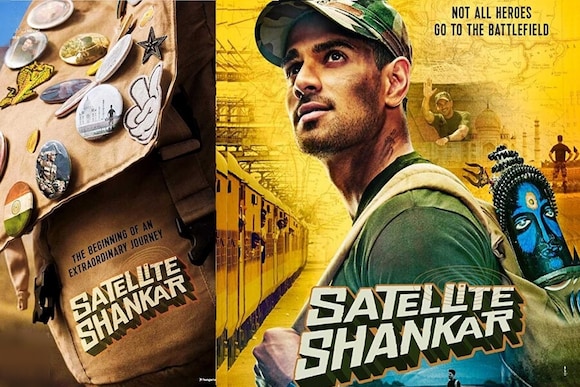 After disappearing for almost 4 years, Sooraj Pancholi is back on the big screen in Satellite Shankar that is an action drama film about the journey of an Indian soldier who brings the entire nation together.

Shankar (Sooraj Pancholi) is a rifleman who is posted on the LOC (Line of Control) in Jammu and Kashmir. In firing by the Pakistani forces at LOC, Shankar gets injured and he is asked to rest for 8 days and requests his commanding officer Cheema (Sanjay Gurbaani) to allow him to go to his hometown Pollachi, Tamil Nadu. Starting his 3-day journey from Jammu, he misses his train from Kathua when he gets down from the train to help an old couple and there he meets a vlogger Meera Bakshi (Palomi Ghosh). Not getting into details, the plot of the film is very confusing and despite a fine performance by Sooraj Pancholi it fails to catch the attention of the audience. The first half of Satellite Shankar has some bizarre parts whereas the second half has some fine moments.
All in all the poor script and direction of Satellite Shankar makes it quite difficult for the film to survive for long on the box office.

The music of the movie Satellite Shankar is composed by Mithoon, Tanishk Bagchi, Sandeep Shirodkar and Rochak Kohli. The lyrics are written by Kumaar, Mithoon and Manoj Muntashir.