Thalaivi is an upcoming 2021 Bollywood trilingual biographical film that is based on the life of the late J. Jayalalithaa has also served as the Chief Minister of Tamil Nadu. The movie is helmed by A.L. Vijay and produced by Vishnu Vardhan Induri and Shailesh R. Singh. Earlier, Thalaivi movie release date was scheduled to be 23rd April 2021 but due to the rise in COVID-19 cases the release date is again postponed and shall be announced as the situation settles. In the Thalaivi movie, Kangana Ranaut is playing the role of Jayalalithaa. Kangana has released the motion poster that also announces the Thalaivi movie release date. For more updates, stay tuned as we shall bring you the Thalaivi trailer, cast, songs and much more as soon as they are released. 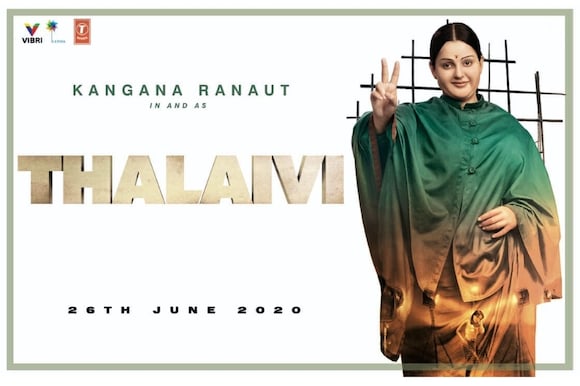 Take a look at the official trailer below.

Take a look at the first song below.