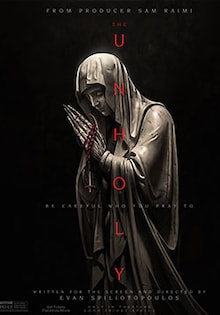 About The Unholy Movie

The Unholy is a horror supernatural film that has been directed by debutant Evan Spiliotopoulos. The film is based on a 1983 novel names Shrine written by James Herbert and the screenplay of the film has been written by director Evan. It is about Gerry Fenn, a dishonoured journalist, who investigates a girl and her unexplainable power of healing the sick. The film stars Jeffery Dean Morgan as Gerry Fenn alongside Katie Aselton, Cricket Brown, William Sadler, Cary Elwes and Diogo Morgado.
The Unholy has been produced by Robert Tapert, Sam Raimi and Evan Spiliotopoulos under the production houses Ghost House Pictures and Screen Gems. Distributed by Sony Pictures Releasing, the film has already released on 2nd April 2021. 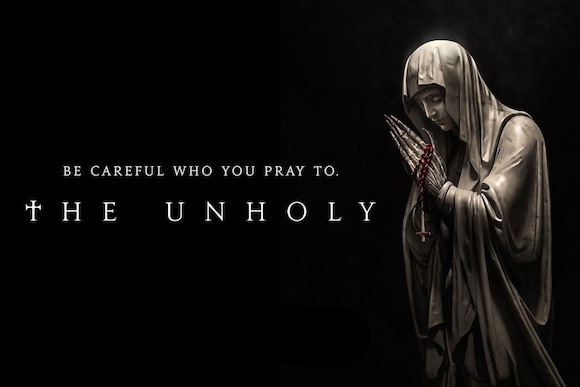 The Unholy, based on Shrine a 1983 novel by James Herbert, is about a dishonoured journalist Gerry Fenn who is investigating the incident of cattle mutilation in a small town named Massachusetts. While his investigation, he meets a deaf and mute teenage girl named Alice who has the power of healing the sick and she also has visions of who she thinks is Virgin Mary. The Unholy is a religious horror with some outstanding jump-scares but the entire story feels a little sketched not giving realistic feels. Though Cricket Brown as Alice has done an amazing part in playing the character, Jeffery as Gerry Fenn has been disappointing in impressing the audience. The cinematographer Craig Wrobleski is also one of the reasons why the film is a bit off because he has shown the entire town as haunted and scary with his off angles and scary-looking churches, woods and buildings. It also has some cliché visuals that feel very repetitive.

The Unholy has uneven storytelling that fails to leave an impact in the minds of the audience.

Take a look at the "The Unholy" official trailer below.