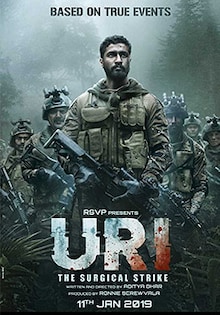 About Uri: The Surgical Strike Movie

Vicky Kaushal seems unstoppable and we can't blame him for this, after all his performances and simply driving us crazy. Uri:The Surgical Strike was one of the much-awaited Bollywood movies that features Vicky Kaushal, Yami Gautam, Kirti Kulhari, Paresh Rawal and Mohit Raina in the lead characters. The plot of the story is based on the 2016 Uri attack which was given a befitted reply by surgical strike moment that was being carried out by Indian Special Forces against the suspected Pakistani militants who forcefully occupied Kashmir. It's one of the most successful covert operation till date that was taken up with the only one objective of avenging their fallen heroes. Uri:The Surgical Strike official trailer is promising us the ultimate cinema which Indian audiences haven't watched yet. 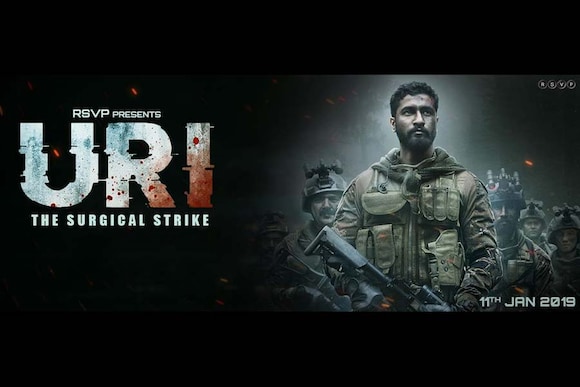 Let's begin URI: The Surgical Strike review with the famous, "How's The Josh?", indeed "High". URI - The Surgical Strike movie from the very beginning keeps you glued on to the edges of your seats. Vicky Kaushal as Major Vihaan Singh Shergill (Protagonist, PARA SF, Team Leader) is just right – not exaggerated but the accurate patriot who is an officer and a gentleman. His physic makes him look like a terrific army man. Aditya Dhar gets men on a mission where the patriotic background supports the retaliating mission held in Pakistan for the Uri attack. Aditya Dhar pushed the button of "Desh Bhakti" with full force where Major Shergil is on a mission and at the same time a family man. Rajit Kapur plays PM Narendra Modi and adds a little flare to the character. Parsh Rawal gets the attention as NSA Govind Bhardwaj (a character based on NSA Ajit Doval) who forcefully declares- Ye Naya Hindustan Hai. The narration is engaging which gives you pumping pulses and shocks at the same time. You just can't ignore the supporters Yami Gautam, Kirti Kulhari and Mohit Raina, as they also add and seems quite noticeable when it comes to acting. The movie is divided into chapters which keep you engaged. This movie makes soldiers look real which also gives a fitting tribute to the Indian Army who is every nations actual super-hero. Do watch URI: The Surgical Strike full movie online.

Uri: The Surgical Strike Trailer was released on 29th Dec 2019 which then became the most-anticipated movies of 2019. Vicky Kaushal gave hits back to back this year both in support as well as the lead, therefore, we expect that this movie shall break the Blockbuster records on the chart in the year 2019.

The songs of the Uri: The Surgical Strike where composed by Shashwat Sachdev. Famous Kumaar, Raj Shekhar and Abhiruchi Chand are the lyricists and who have penned down the lyrics.