Tune in to some of the best feel good movies of all times. Catch them on Amazon Prime. 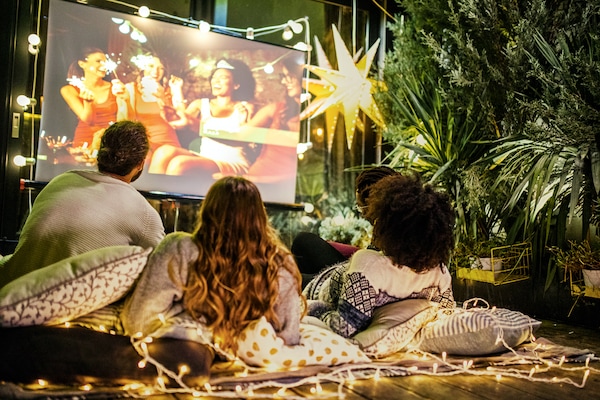 From heartbreaks and exhaustion to the crumbling questions of life- escaping the chaos with some of the best feed good movies, doesn't sound like a bad idea, does it? Movies, indeed are a way to have a gala time with friends and family. Cinema has always been a saviour for humanity, bringing the dramatic representation of life on the screen. From the timeless tales of lovers to the heartwarming bonds of a kid with his balloon, the history of cinema is filled with stories that filled the human heart with warmth. Here are some of these feel-good films that'll put you in the right spirits!

Green Book is one of the best feel good movies Hollywood has produced. It talks about relationship of two men amidst America's racial segregation in the 1960's. Initially, both the men don't go along well since one is an erudite American-African classical pianist and the other is a crude, tough yet practical American-Italian bouncer. During the course of their journey, the pair witness and sustains America's injustices together and develops respect for each other's talents. Eventually, both are able to nurture a lovable bond.

Lady Bird truly celebrates the message of womanhood and individuality which is why it is placed amongst the most positive movies on Amazon Prime. The movie shows the struggle of a mother whose husband has lost his job and how she works tirelessly to make ends meet. It even shows her turbulent yet loving relationship with her teenage daughter. In the end, Lady Bird is able to fulfill her dreams of getting accepted in a university of her dreams and she eventually thanks her mother for everything she has done for her.

Feeling let down and low on life? This is the movie you should absolutely watch. It is undoubtedly one of the ultimate feel good movies as it tells you that no matter how hard your struggles are but if you believe in yourself and in the love of your dear ones, victory is just round the corner. It shows the struggles of a single father Chris Gardner who with his perseverance, grit and determination is able to bag a job at a prestigious company. Despite constantly being chastised by his wife for failures, despite being evicted from his own apartment, he and his son live in shelters, carry their day to day chores and eventually come out victorious.

If dogs are the only noble beings in the world that can cheer you up even during the toughest times in your life, the Art of racing in the rain is the movie for you. The film depicts the beautiful bond between a Formula One race car driver Denny and his golden retriever Enzo. The film also shows that dogs do understand everything that happens in their owner's life which also prepares them to take protective measures towards their family.

The movie teaches us some very simple things through a perfectly yet emotionally crafted cinematography – if you learn something don't do it just because it will get you good grades or a good job. Your learning become worthless if you have no interest in what you are studying. And, even if you don't get good grades or don't bag a prestigious job, you will make something good out of your life. All in all 3 Idiots is one the best Amazon prime movies to motivate you especially if you are a student who is dealing with stigmas of the society which put them under the pressure of having better grades and jobs. Even though it deals with a serious subject, it is still one of those happy movies that will cheer you up.

One of the most recommended movies on Amazon Prime, ‘A Brilliant Young Mind' at its core tells you that every individual is special. The protagonist of the movie, Nathan is a socially awkward teenager who finds it hard to comprehend the world. It is for this reason that he even isn't able to understand people around him. But, what he understands is numbers and he therefore develops an unusual camaraderie with an unconventional teacher, Mr. Humphreys and lands a place in British squad at the International Mathematics Olympiad.

The movie focuses on the relationships we have with people. And, it is only after they are gone do we realize their importance in life. It is not just with people, we even tend to undervalue things in life. It is one of the most feel good movies on Amazon Prime where a retired balloon salesman forges a bond with the young wilderness explorer and they together embark on an adventure up in the air.

The Upside is an Amazon prime movie that will surely help you feel good with its comedic humor and the inherent message. It shows us that despite coming from two very different worlds, two people (here one is a quadriplegic billionaire and the other is a parolee) can forge a bond of friendship. The second thing that the movie teaches us is that no matter how hard the situations in life are, you should never ever give up. Both the characters of the movie for instance are dealing with one or the other shortcoming and both eventually emerge victorious.

It's so wonderful to see how a sport of rugby can help unite a country. The movie is based on the true historic story of Nelson Mandela and how he joined forces with the captain of the South African rugby team in an effort to unite the country. The themes in the movie also touch integrity and compassion which one must possess. The movie also delivers an inspiring message which implies that if you have the will and determination, you can even change your fate.

Chef's a heartwarming movie about a popular chef who loses his job after receiving bad reviews. In that process he even loses respect. He then opens a food truck to show the world that he still has got it and simultaneously tries to make amends with his broken family. After watching this movie you'll be all pumped up to cook, travel and even love your family more than ever.