Airtel DTH Channel List is a list of all the channels that are offered by Airtel DTH service provider in various regional and national languages. 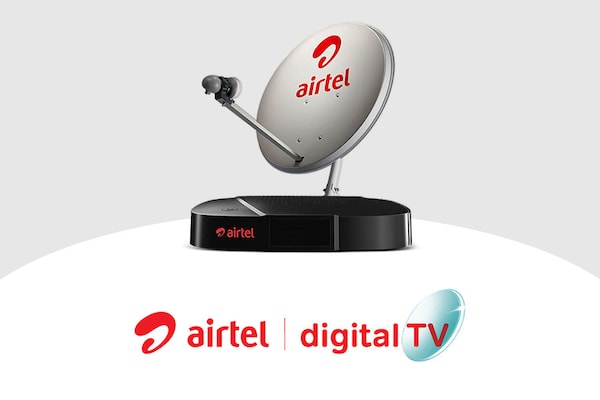 Bharti Airtel Limited is a famous Indian global telecommunications company. Headquartered in New Delhi, Airtel ventured into DTH services in the year 2008 and had around 16.31 million customers by the end of December 2012. One can get the complete Airtel DTH channel list with numbers below. Airtel has been one of the leading DTH service providers and has a strong network of Airtel DTH customer care numbers, where you can find answers to all your queries related to the DTH service of Airtel. If you are an Airtel telecom user then you can also contact Airtel customer care for any issues related to your service provider. Airtel offers a large number of channels in its Airtel Digital TV plan in various languages including regional languages. As per the new TRAI rules, multiple subscription pack offers flexibility to customers and allows them to choose the best Airtel Digital TV channel list subscription plan as per their requirement. Below, we've provided you with details related to Airtel DTH Channel list, Airtel DTH HD plans, Airtel DTH recharge offers, Airtel TV Channel list and more. Let's take a look at the revised TV channel packs of Airtel.

Get your Airtel High Definition (HD) Channel list with numbers right here. Now upgrade to HD channels for entertainment, sports and movies in one go.

Now keep your entertainment going with these entertainment channels from Airtel, add your choice of channel to your Airtel Channel subscription and stay updated on all entertainment news and programmes. Done with all the Netflix and Amazon Prime binge watching and wondering what to do in the upcoming days? Take a note of all the Airtel Entertainment channel list where you can watch the most entertaining channels to keep yourself occupied.

Staying updated on what's happening around the world is now easy with the Airtel New Channel list which includes - Aaj Tak, Zee News, NDTV, News18 and others, get tuned in now instantly using this list.

With cricket matches always on a roll like IPL, World Cup and Test match its important to keep your sports channels updated. Now watch other sports like - Basketball, Soccer, Badminton and others on channels like - Sony ESPN, Neo Sports, Star Sports, Sony 10 and others available from Airtel Sports Channel List.

Now keeping your kids entertained all day with channels like - Cartoon Network, Disney Junior, Pogo is no task. Get these kids entertainment channels activated using this reference list now.

A. On pressing the 'Guide' button on the remote, you will be able to view the Airtel channel list. You can browse through this channel list and highlight and programme to get information about its genre. You can also read through the user manual provided with the set-top box for more details.

Q. How to search for a specific programme?

A. One can view the 'What's Playing Now' section to get a glimpse of the programmes. The 'Blue' button on the remote will help you open up the search box. Here you can just type the first two characters of your programme and see the list of programmes starting with these two characters.

Q. How to set an Airtel Digital TV channel list as favourite?

Q. How to manage the way EPG works?

A. The My Settings menu has different options like Manage Reminders, Parental Control, choosing EPG / Audio language, choosing the duration of pop-up and notification, screensaver timeout, etc. Please refer to the user manual for details.

A. You can reach the Airtel DTH customer care at the following numbers:

Q. How to close the EPG and view my programme?

A. On pressing the 'Exit' button you will be able to view TV. Still, if the problem persists you can contact Airtel DTH customer care numbers.

Q. What is DD Sports channel number in Airtel Dth?

Q. What are the sports channel numbers in Airtel?

A. You can watch the most popular sports channels on Airtel using this Sports Channel numbers list:

Q. What is the star sports channel number on Airtel DTH?

Q. What is DD national channel number on Airtel DTH?

A. DD National channel number on Airtel DTH is 148.

Q. What is Sony Six channel number on Airtel DTH?

A. Sony Six channel number on Airtel DTH is 292.

Q. What is the Star Vijay Music channel number on Airtel DTH?

A. Star Vijay Music channel number on Airtel DTH will be available soon.

Q. What is the Discovery channel number on Airtel DTH?

A. Discovery channel number on Airtel DTH is 421.