Sports Channels in India have grown over the last few years. From just a few sports channel numbers telecasting sports events, today we have a number of sports channels from various sports networks like Sony, Star Sports and others. 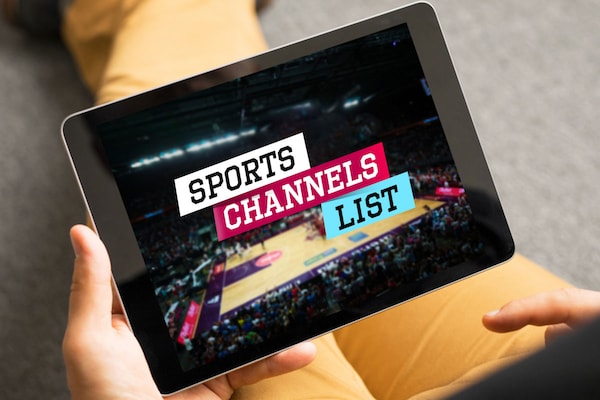 If you are looking for the Sports Channels Numbers in India to watch Live Sports then you are at the right place. Sports in India has gone through a complete makeover in the last decade, from watching live matches on TV to now watching matches online on mobile and other gadgets, the commencement of sports events like the Indian Super League and Indian Premier League has brought together a new era of sports in India. Sports channels are now no more restricted to only TV but have reached the masses through smartphones too. Now you can easily watch Football matches online if you have the right Sports Channel number. This era has also given a boost to our age-old Indian sports like Hockey, Kabaddi, Wrestling apart from cricket. Not only this the craze for international sports like table tennis, badminton, tennis, volleyball, rugby have also increased equally in the past decade and all thanks to the innumerous sports channels in India. With the many Sports Channels in India that the DTH service providers like TATA Sky, Airtel DTH, Videocon, Dish TV have to offer it has become easier to watch and follow all sports.

List of Most Popular Sports Channels with Number in India

The most important thing which has played an enormous role in the development of sports in India is the coming up of various Sports Networks and online telecast of sports events on Sports Channels in India. With more than 20 sports live channels by various sports networks and a number of online sports specific apps, the sports fans get to watch the game they like anywhere and everywhere. With Online Streaming Services, it has become even simpler to get access to any sport from around the globe. Here are some of the sports channels with Numbers India.

DD Sports happens to be the country's only free sports channels and is available on multiple channels without any charges. DD Sports is telecasted in every nook and corner of the country and DD Sports channel numbers are available on all DTH service providers like Tata Sky, Airtel DTH, Dish TV, Videocon D2H. Apart from India's Cricket matches, DD also focuses on several events which are usually ignored by bigger networks.

Sony Networks happens to be one of the largest television networks in the country, but when it comes to sports it is not as big. However, still it has around 10 channels in various languages that cover different forms of sports.Sony Sports Channels are available on Tata Sky, Airtel DTH, Dish TV and Videocon D2H.

Star Sports Network as the name suggest is an extended version of the Star group dedicated to sports channels. It is one of the biggest sports networks covering all forms of games including cricket, kabaddi, football, hockey and others. Let's take a look at the channel numbers for Star Sports on Tata Sky, Dish TV, Airtel DTH and Videocon D2H.

FAQs About Sports Channels in India

Where I can watch live cricket streaming?

These days Star Sports Network has the official permission of telecasting all the live matches between India and other nations. In case you wish to watch the live cricket streaming in other nations you can switch to Sony Network. Also, you can catch live streaming of all Indian cricket match online on Hotstar and Jio TV.

Where can I watch free IPL?

Since Star Sports has the contract of streaming all the live cricket matches from BCCI, hence IPL too can be viewed for on Star Sports Networks. However, if you wish to watch the IPL matches for free you can simply tune in to Hotstar or if you are a Jio customer you can catch the live action on Jio TV as well.

Which app is best for watching cricket?

The best app for watching cricket is Hotstar. Hotstar is the official app of Star Network and has the official permission to telecast live streaming of all the matches played between India and other nations.

How many sports are televised?

A decade ago only cricket was televised, but with the advent of events like Pro Kabaddi and Indian Super League other sports like Kabaddi, Badmintion, Tennis, Table Tennis, Wrestling, Basketball are getting ample of coverage on television.

What is the most watched sport on television?

What's the number 1 sport in the world?

Soccer or commonly known as Football happens to be the most loved sports around the world. It has huge viewership and hence is the number 1 sports in the world.

Which is the best sports channel in India?

Star Sports and Sony Six are the best sports channels in India.

What are the sports channels in India?

So here is all that you need to know about sports channels in India.