Book Your Movie Tickets for The Fast & Furious 8

Looking for some action, crime and thrill in a movie? Fast & Furious is here this week to take you by storm. Book your movie tickets here at some great cashbacks and enjoy while you save some on your pocket.
Updated: Nov 15, 2017 16:38 IST 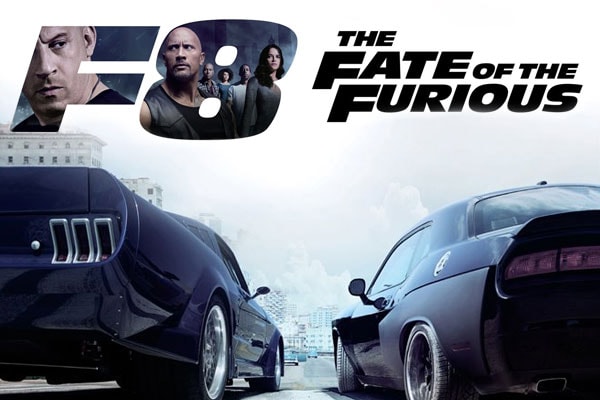 Book Your Movie Tickets for The Fast & Furious 8
The Fate of the Furious or popularly known as Fast & Furious 8, directed by F. Gary Gray and written by Chris Morgan is an American action movie. This film is the 8th in the sequence of the iconic "The Fast and Furious" series. With so many talented actors like Dwayne Johnson, Vin Diesel, Michelle Rodriguez, Jason Statham, Chris Bridges, Tyrese Gibson, Nathalie Emmanuel, Kurt Russell, Scott Eastwood, Charlize Theron and Helen Mirren this film is expected to be a blockbuster worldwide. The film was premiered on April 4, 2017, in Berlin and it will be released worldwide in 3D, IMAX 3D and 4DX. The budget of The Fate of the Furious is expected to be around $250 million, which is something around 16166 million Rupees. Some popular action scenes are shot on exotic locations like Rio de Janeiro, Dubai, Cuba and more. The shooting of  The Fate of the Furious or Fast & Furious 8 began on March 14, 2016. The Fast and Furious franchise is one of the most profitable ventures for Universal Pictures and so makers are expecting a lot from the 8th consignment too.

The critics so far have given a very positive review for this film. Critics said that, all the action sequences in this movie have been up to the expectations and which have apparently opened many doors for this franchise, and it's other upcoming sequels. The climax of the Fast & Furious 7 was the most emotional climax so far because of the "Brian's moved on" scene. The character of Brian O'Conner moved on, because the actor who was playing this role, "Paul Walker" died in a car crash. It will be alluring to watch how the director and actors would fill the gap created by the absence of this character.

The premise is that Dom and Letty are on their honeymoon vacation in Cuba. This beautiful city gives the whole movie an exotic feel, which would make you plan an International holiday right away. The iconic characters of Brian and Mia have moved on so the rest of the team members are living a simple life and traveling across the globe. Then enters a mysterious woman who leads Dom to the crime which he can't seem to escape. The trailer of the movie looks very thrilling and action packed as always. Action sequences, exotic locations and terrific performances make it worth a watch!

Don't delay too much, since this film is expected to be houseful for many days post its release. We have filtered down best movie ticket booking offers using which you can book your movie ticket online without any hassle..

For the latest deals, offers and news, follow HotDeals360 on Facebook, Twitter, Instagram, Google News and subscribe to our YouTube channel.
The HotDeals360 team writes about stuff we think you'll like. HotDeals360 has affiliate partnerships, so we get a share of the revenue from your purchase.
Topic
fast & furious 8 fast & furious 8 tickets book your movie tickets Book you movie tickets online movie tickets online
More From Movies
Advertisement
Follow Us
Fear of Missing Out Best Deals?
Subscribe to our newsletter. Now!
Recommended
Trending
Latest
Quick Links
Trending
Latest