To taste the enticing flavour of the Bollywood movie Chef, checkout the latest movie ticket booking offers and more to enjoy the movie in the most budgetary manner. 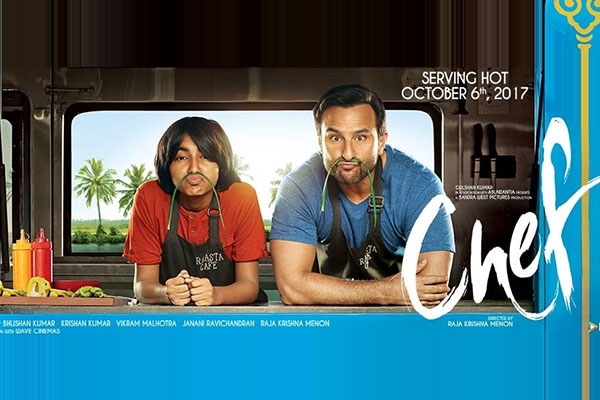 Chef is an upcoming Bollywood movie, directed by Raja Krishna Menon and produced by T-Series, Abundantia Entertainment and Bandra West Pictures. The story of the movie has been written by Ritesh Shah, Suresh Nair and Raja Krishna Menon. It is the official Hindi remake of Jon Favreau's 2014 American movie of the same name, Chef. The hindi movie Chef features, Saif Ali Khan and Padmapriya Janakiraman in the lead role with Kareena Kapoor Khan and Russell Peters in a cameo and Raghu Dixit in a special appearance, who is also the music director of the movie along with Amaal Malik.

We're all set to begin the festive month of October with the delightful and enticing "Chef". Whats your take on this do drop us your view in the comments section below.