Shri Krishna On DD National Channel: The Iconic Show Is Back

One of the most popular shows from the 80's Shri Krishna is back on TV. Here are some lesser-known facts about it, show timings, and channel details. 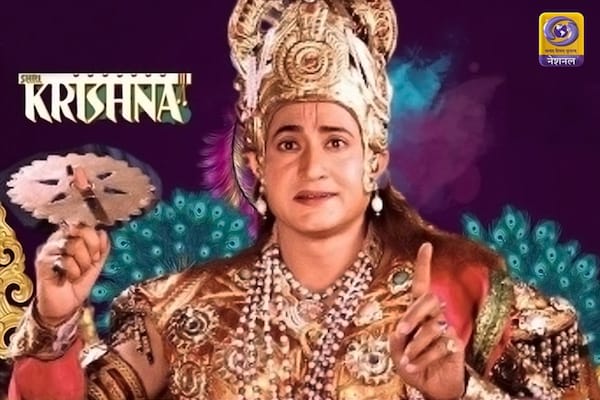 After the record-breaking viewership that the re-telecast of 1987 produced TV show, Ramayana has brought, DD National- the TV channel run by India's National broadcaster Pasar Bharati- has now decided to re-run another popular mythological show from the past.

As per the latest update from DD National, the channel has brought back previously super hit show Shri Krishna. Ramanand Sagar's Shri Krishna is now being re-telecast again, and fans are ecstatic!

People are switching between channels to be able to find and watch this iconic show. And so, we thought we'll share the list of channels on which the show can be viewed.

An epic series on the India television, Sri Krishna was created and directed by Ramanand Sagar. The show is based on the Hindu mythological book Bhagwat Gita.

The show is not only popular in India but has also been telecast abroad in countries such as Nepal, Mauritius, Indonesia, Jakarta, Thailand, and London.

The show features some popular faces from yesteryears and watching it is nostalgic for many. Seeing characters such as Arjun, Narad, Balram, Yudhishtir, Karna, Bhim, Shiv is reminiscent of a bygone era when TV shows majorly revolved around mythological themes. That is not the case anymore, and thus the re-telecast is even more special for an entire generation of viewers. Here is when you can watch it.

You can enjoy watching Shri Krishna on DD National at 9:00 PM every day.