Haseena Parkar is soon to be released on 22nd September 2017. To view Shraddha Kapoor's phenomenal performance as Haseena Parkar, soon book your movie tickets for the nearest cinema hall. Also, checkout top Haseena Parkar Movie Ticket Booking Offers so that you don't make a hole in your pocket. 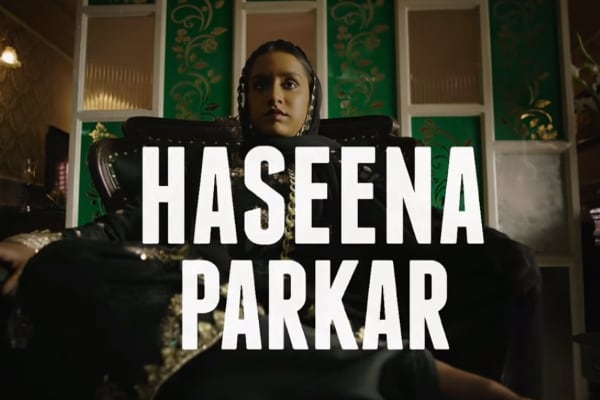 Haseena Parker is the bio-pic of the daughter of a havaldar in Mumbai Police, sister of a gangster and mafia queen “Haseena Parkar”, who once ruled the underworld. She was also popularly known as ‘Aapa', which means elder sister. She entered into the world of crime after her husband, Ismail Parker was shot dead by Arun Gawli's gang in 1991. Shraddha Kapoor is playing the lead role of Haseena Parker in the movie. The biographical crime film is directed by Apoorva Lakhia and produced by Nahid Khan. Other than Shraddha Kapoor, the other star cast of the movie includes Siddhanth Kapoor, Ankur Bhatia and Rajesh Tailang. The movie takes you to the 80s and the year of 1993 Mumbai Bomb Blasts, portraying how the blasts affected her and her siblings and how a mother of 4 children, along with her siblings, had to leave Mumbai.

The audience had expected a lot from the movie, after its trailer was released. But with the release of the movie, the expectations of the audience had gone into vain. The movie is dull, mind numbing and vapid. Shraddha Kapoor, for whom this movie was supposed to do wonders for her career, has actually dropped her career-graph even more. Siddhant Kappor, the real-life sibling of Shraddha Kapoor, played the role of Haseena Parkar's brother, Dawood Ibrahim. His screen presence and dialogue delivery skills, has done no good to the movie. Ankur Bhatia, who plays the role of Haseena's husband, adds no kick to the movie. Even after being trapped in the strained script of the movie, the only actor whose acting is worth-watching is Rajesh Tailang, who plays the role of Shyam Keswani, the defence laywer of Haseena Parkar. Even after trying to put-in a lot of efforts in the making of the movie, it is a completely unexciting and monotonous biopic.