How To Play KBC Online

Wondering how to play KBC online? In the below article you can find the perfect answer to this question of yours. Wait no more and gear up to KBC online to win exciting prices.
Updated: Sep 05, 2018 10:58 IST 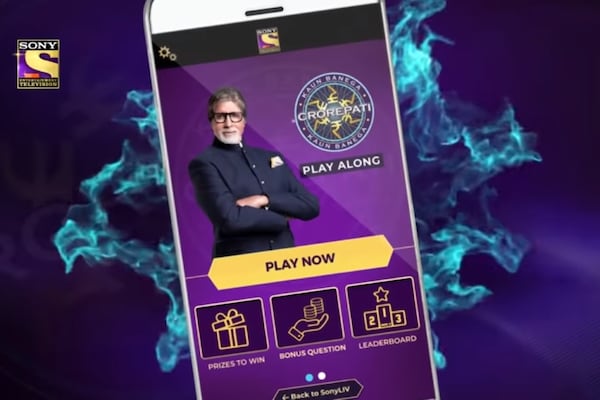 How To Play KBC Online

The tenth season of one of the most popular and the oldest quiz shows Kaun Banega Crorepati has finally come on-air from 3rd September 2018. Popularly known as KBC, the show for years has remained on top of the TRP rating list. Inspite of making a comeback after three years the last season of the show was a huge success. To make the game more interesting and involving the makers of the show have now come up with a very interesting concept known as the KBC Play Along. The KBC Play Along allows the viewers sitting back home to get involved in the game play along as the game progresses. Not only this the players of the KBC Play Along can also get a chance to win lots of prizes and cash award. Here is all that you need to know about playing the KBC Play Along on Sony Liv App and Jio Chat.

How to Play KBC Play Along on Sony Liv App

Step 1: The first thing one need to do in order to play the KBC Play Along on Sony Liv is to download the Sony Liv app either from Google PlayStore or from the Apple store.
Step 2: Once you have downloaded the app, the user needs to register himself as a KBC Play Along Contestant
Step 3: After registration the users can start playing the game live while the show is on air.
Step 4: The rules for playing KBC Play Along is almost same as the original show.
Step 5: Finally on answering the questions correctly one can avail a chance to win prizes including Datsun Car and much more.

Reliance Jio users too can get a chance to play the KBC Play Along with the help of the JioChat.
The users simply need to download the Jiochat App from the PlayStore. In order to play the KBC Play Along contest from home the users after downloading the app need to register themselves for KBC Play Along and start paying the game. The users can play the game while the show is on air. The jio users simply need to answer the questions asked on the show within the given time limit and if the answers prove to be right you can get a chance to win exciting prizes.

So don't wait and simply download the Jiochat App or Sony Liv App and start playing KBC Play Along and win exciting prizes.

For the latest deals, offers and news, follow HotDeals360 on Facebook, Twitter, Instagram, Google News and subscribe to our YouTube channel.
The HotDeals360 team writes about stuff we think you'll like. HotDeals360 has affiliate partnerships, so we get a share of the revenue from your purchase.
Topic
How To Play KBC Online kaun Banega Crorepati 10 Play Kaun Banega Crorepati Online
More From Tips & Tricks
Advertisement
Follow Us
Fear of Missing Out Best Deals?
Subscribe to our newsletter. Now!
Trending
Latest
Quick Links
Trending
Latest