Jab Harry Met Sejal has finally released 4th August 2017. Shop the JHMSXKOOVS Collection on Koovs.in and head on to watch the movie. Book movie tickets online and do checkout for amazing online movie offers and prmocodes. 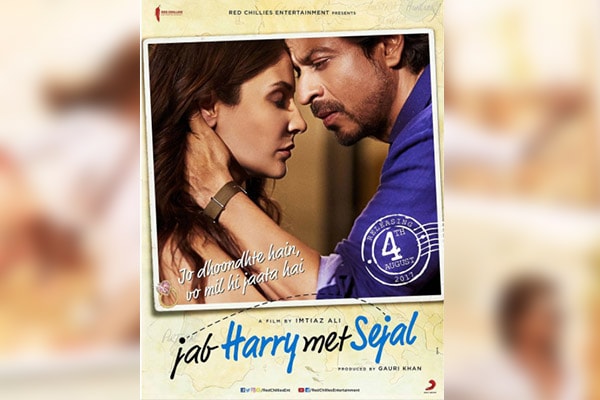 Jab Harry Met Sejal which is slated to release on August 4th is a romantic comedy written and directed by Imtiaz Ali the Rockstar Director. The movie features the king of romance Shahrukh Khan as Harry and Anushka Sharma as Sejal. The romantic duo would be seen together on screen almost after five years. It is their third movie together after Rab Ne Bana Di Jodi (2008) which was the first one and Jab Tak Hai Jaan (2012) that was their previous release. Well, recently Koovs has collaborated with the Jab Harry Met Sejal and has come up with the clothing line which is already on sale since 29th July 2017. Who all are in love with this Jodi can shop for the JHMSXKOOVS Collection and head on towards theatre replicating Anushka and Shahrukh Khan.

As revealed from its posters and trailer the story is quite cheerful. The lead cast Anushka Sharma in an interview revealed that she had longed to work with Imtiaz Ali and that is why she instantly said yes to Jab Harry Met Sejal.