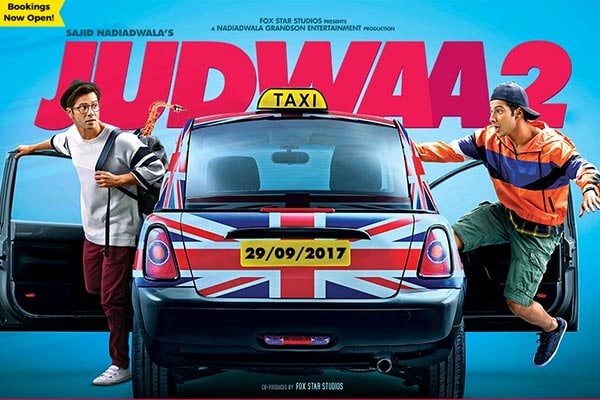 The month of September has been a roller-coaster for the Bollywood. Starting from Shubh Mangal Savdhan to Judwaa 2, Bollywood seems to impress the audience with a wide variety of content. Judwa 2 is slated to hit the cinema halls on 29th September and yes we're ready to watch the latest version as we've not forgotton the swag of Salman Khan in Judwa. Staring Varun Dhawan, Jacqueline Fernendez and Tapsee Pannu, Judwaa 2 is an upcoming Bollywood flick and also a sequel of David Dhawan's 1997 film Judwaa. It is an action comedy movie directed by David Dhawan, who has given Bollywood several comedy movies and have raised the standard of Bollywood comedy. The two leading ladies are already killing it in their hot and glamorous avatar. The famous comedian Ali Asgar who is well known for superb comic timing is going to make you laugh like crazy. To unfold the story you have to make movie ticket bookings which we've listed at the end of the article. Mean while take a look at the cast of Judwaa 2, Songs, and Official Trailer which shall surely tempt you to make your advanced movie ticket bookings right now.

The actors are already getting appreciations for their performances, which gives us the hint that the movie might turn out to be Blockbuster. So, all the Bollywood junkies out there, no not forget to make your movie ticket bookings right away.