Mulk has released across the nation which means now you can make the most of the movie ticket offers to book movie ticket online on Paytm, BookMyShow and more. Also checkout Mulk official trailer, cast and songs to get a better glimpse of the movie. 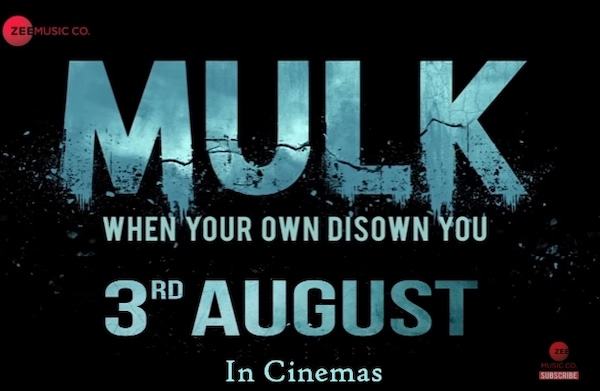 Mulk is an upcoming Bollywood drama film which is majorly shot in Benaras and Lucknow. The Story of the movie Mulk is of a Muslim family and their struggles as they are trying hard to reclaim their lost honour. You can see Rishi Kapoor, Taapsee Pannu, Ashutosh Rana, Prateik Babbar and Rajat Kapoor in the lead roles. The plot of the movie seems to be quite tough as the subject is focusing on some hard-hitting and burning issues. The performers as the cast are here to deliver some great performances to give out some serious messages. The movie is directed by Anubhav Sinha and has already released on 3rd August 2018.

Take a look at the Mulk official trailer, cast, songs and ticket booking offers so that you can make the most and entertain yourself to the fullest without spending much on movie ticket bookings.