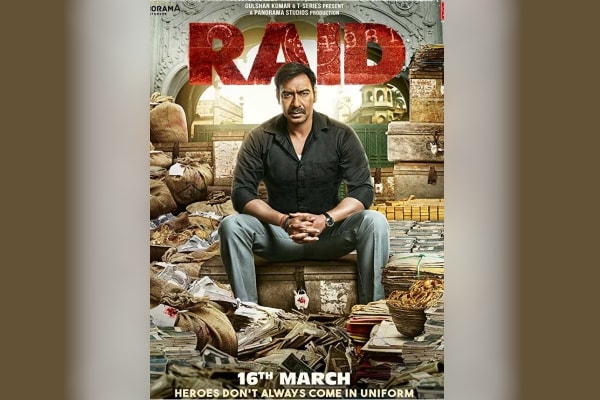 Raid is an upcoming crime drama Bollywood that features Ajay Devgn, Ileana D'Cruz, Saurabh Shukla and Saanand Verma. This crime drama is loosely based on the life of Shri Alphons Kannanthanam who is currently an Indian civil servant, advocate, and politician. Ajay Devgn is playing the role of an income tax officer posted in Lucknow, who is quite an honest Indian civil officer who acts against the ‘destructive corruption' or investigate people holding black money to help the poor. Due to this nature of Ajay he gets transferred 49 times for following his idealism not quit fighting corruption dedication.
Raid is directed by Raj Kumar Gupta and written by Ritesh Shah. Raid is scheduled to release on March 16 which is going to have some masala dialogues that will instantly connect with the audience and give them a blissful movie experience.