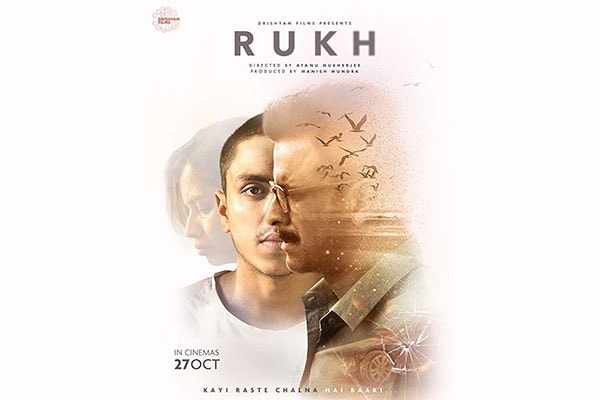 Rukh is an upcoming Bollywood drama film featuring Manoj Bajpayee in the lead role. It is directed by the debutant director Atanu Mukherjee and is all set to hit the Indian theatres on 27th October 2017. The film is based on an 18 year old boy named Dhruv, who is ignorant about the ongoing crisis of his family. He lives away from his home in a boarding school. He is shocked when he gets the news of his father's death in a road accident and since then his life has taken an unexpected turn. There are many hidden truths which he begins to unravel as he tries to cope up with this unexpected tragedy. Dhruv moves forward in search of answers to his questions. He is willing to know whether the death of his father was a mere accident or a well-planned murder. During this journey of hunting answers, he comes to know some facts about his father which he never knew before.

Watch the story of Dhruv and hunt the answers of his questions with him. Find out whether his father died in an accident or was he murdered by someone. If he was murdered, what was the reason and motive behind the murder? Find the out the complete mystery of his father's death and the truths from which he was kept apart. Watch the movie to find the out the complete story of the 18 year old boy, Dhruv!