Book your tickets to watch Tiger Zinda hai using Paytm Movie Coupons and Mobikwik Offers to save more on your Movie tickets. Get 100% Cashback and Other exciting offers on Paytm, Mobikwik and Bookmyshow for Movie ticket bookings. 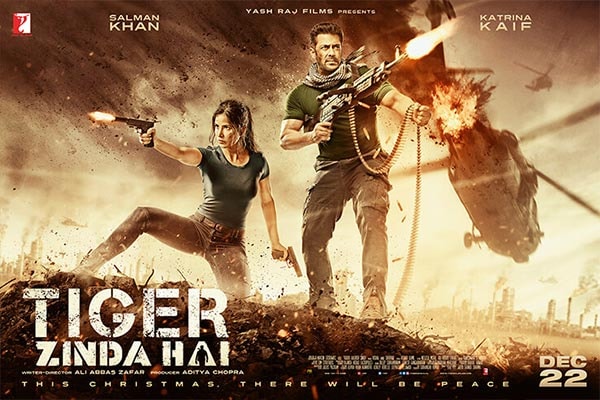 Here Is Why Salman And Katrina Are Getting Back Together!

Tiger was a great hit as this movie presented a story of a whole different genre which was not much seen on the Indian Cinema but Salman Khan took this initiative and was able to mark this movie in the 100 crore family. Now the second part is waiting for you and you all know that in the first part, suspense was created about Tiger's existence. Now it will be solved soon as Tiger Zinda Hai is going to hit the silver screen on 22nd December 2017. Salman khan's fan are eagerly waiting for this as the last movie by Salman Khan was not seen by much audience as it was not able to climb up the ladder of 100 crore like other hits by Salman Khan. Katrina Kaif has done some great shots with the stunts herself and her fitness levels are showing off perfectly in this spy-action thriller.