Bira 91's April Fool's Fest : The second editionof Bira 91' April Fool's Fest is here with loads of fun and groove. Get your squad of girls and guys to this fab, colourful, refreshing, spriited festival of the year by Bira 91.
Updated: Mar 26, 2019 17:18 IST 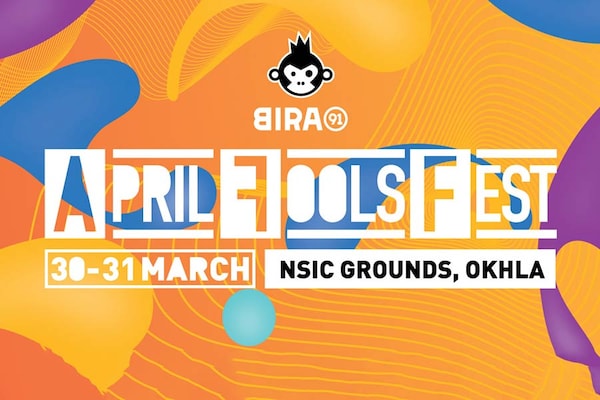 Bira is all set to host the second edition of the Bira 91 AFF on 30th and 31st of March 2019 at the Okhla NSIC ground. Save the dates folk for one of the most interesting fest this summer. Give your summers a cool start with some enticing music, food and theatre acts.

Okhla NSIC ground is all set to host the second edition of the Bira 91 AFF. Near to Govindpuri metro station the venue will be easily accessible to all its visitors. The venue also has a big ground for parking of the private vehicles. So come and have some fun at the Bira 91 AFF.

Tickets to the Bira AFF is available on Insider.in as well as on Paytm. Ticket price starts Rs. 499 onwards. So get set for some real fun at the Bira AFF from 30th to 31st March 2019.

Shake your bellies to the melodious live performances from some great music giants and rappers like Prabh Deep, Raja Kumari and Naezy. See them perform live in town and also get set to witness the brilliance of DJ Ishani. Not only this you will also see popular indie artiste Nucleya perform live at the Bira 91 AFF.

Get ready for one of the best laughter sessions in some time with stand-up comedians like Kunal Karma, Rahul Dua, Rohan Joshi and others performing for you live at the event.

What's a fest without some good food? So Bira has special arrangements for a sumptuous meal. Treat yourself to some spicy food curated by Bira 91 itself along with other gastronomical delights.

Get involved in the immersive theatre experience by Crow, a theatre collective based out of Mumbai. Walk or move around, rather than sit, while watching the act at the Bira 91 AFF.

Last but not the least! How can an outing to the fest ever be complete without some shopping. So the Bira 91 AFF will also host some great shopping stalls from popular brands and emerging start-ups at the same time to let you unleash the shopaholic in you.

So don't wait, go get your tickets for the most interesting Bira 91 AFF.

For the latest deals, offers and news, follow HotDeals360 on Facebook, Twitter, Instagram, Google News and subscribe to our YouTube channel.
The HotDeals360 team writes about stuff we think you'll like. HotDeals360 has affiliate partnerships, so we get a share of the revenue from your purchase.
Topic
Bira 91’s April Fool Fest Bira 91 festival Events in Delhi
More From Events
Advertisement
Fear of Missing Out Best Deals?
Subscribe to our newsletter. Now!
Trending
Latest
Quick Links
Trending
Latest