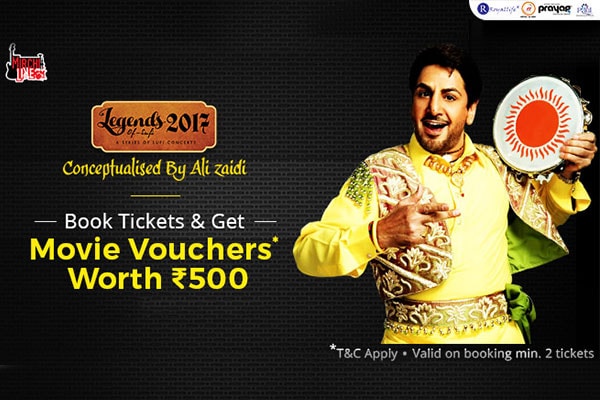 Gurdas Maan Sahab Live Concert
Are you a hardcore Punjabi music fan and wish to be a part of live concert? Well in that case your wish has come true. Gurdas Maan Sahab is one of best Punjabi music singer and is considered as one of the most notable figure in the Punjabi music industry. He has given some amazing songs to music industry. He got fame through the song `Dil da mamla hai`. Since then there is no looking back for him and he gave 34 mind blowing albums to us. He is an excellent performer and his energy lightens up the whole stage. He carries a very unique aura to which anybody can be easily attracted. No doubt that why he is the only Punjabi singer to bag the national award for best male playback singer at 54th national film awards for the song Waris shah: Ishq da waris.

Gurdas Maan has won several hearts over the year not only by his singing skills, by being and actor and lyricist also. He is an amazing multi-talented artist who has written over 305 songs and has appeared in movies also. Some of the amazing songs sung by Gurdas Maan Sahab are Chori Yaari Nasha, Tu Chanan Mein Parchavan, Supne De Vich and much more. He has proved his acting skills in several movies some of them are Mini Punjab, Dil Vil Pyaar Vyaar. He also made a special appearance in Shah Rukh and Preity Zinta starer Veer Zara.

You may also like: Sufi Music Festivals, Events & Concerts you Can't Miss!

If you are a die-hard fan of Punjabi music and Gurdas Maan then you should book yourself a ticket to his concert which is happening on 19 august, 7:00 pm at Siri Fort auditorium. We listen to music almost regularly at radio, television and other devices but listening to the music live is a different experience all together. Enjoy, cheer and hoot with your friends and family as we invite you to the most amazing concert of the town which you just can’t afford to miss that too at such pocket friendly prices. Book your tickets only on Paytm and get a gift voucher of movies worth Rs 500. Hurry up..!