Freedom Series is something that is taking over the nation. This India vs South Africa Test series has been an age-old challenge. Its time to see, what's waiting for India in the South Africa.
Updated: Jan 06, 2018 13:12 IST 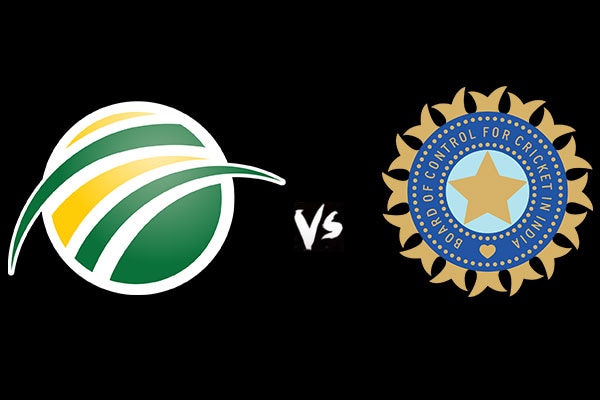 Freedom Series India vs South Africa: New Series But an Age-Old Challenge For India in South Africa
India has completed six tours to the African nation after their re-introduction in the international cricket in 1992 and guesses what? They didn't even manage to win a single series while the proteas wining 5 of them, But this Indian side looks stronger than ever under a new leader enjoying the streak of winning 9 consecutive test matches. India is touring South Africa for a long lasting series including three test, six ODIs, and three T20 and the most challenging one will be the first test as they on a streak of winning consecutive nine tests up against the mighty Proteas and their green tracks for the tenth one. The first test will be played at Newlands, Cape Town from January 5-9, So it is going to be a battle field out there in Cape Town as South Africa are ready with their revenge from the team which ambushed them on their backyard on tour in 2015.

Take a look at some striking facts, dates and key players before the sides collide

Take a Look At The Important Dates of the India vs South Africa Test Series:

Some Important Facts About India vs South Africa Series You Should Know:

Virat Kohli – Kohli last year scored 1059 runs from 10 Tests at an average of 75.64 and seems to be prepared for the upcoming challenge.

Ab De Villiers – The Mr.Perfect of Cricket is back to the South African side after an injury and is the always the biggest threat on the ground.

Dale Steyn – The lethal South African pacer is returning from injury can play a huge role in giving his side a perfect bowling attack.

Cheteshwar Pujara - The second highest run-getter of 2017 after Steve Smith scoring a mighty 1140 runs at an average of 67.05 is one of the biggest threats to the South African team.

Kagiso Rabada – He was the most successful South African bowler last year by taking 57 wickets from 11 matches, Rabada is currently world no. 2 test bowler.

We're eagerly looking forward to the performances of both the teams and we deeply hope this time India breaks the record and come back home with wining trophy.

For the latest deals, offers and news, follow HotDeals360 on Facebook, Twitter, Instagram, Google News and subscribe to our YouTube channel.
The HotDeals360 team writes about stuff we think you'll like. HotDeals360 has affiliate partnerships, so we get a share of the revenue from your purchase.
Topic
Freedom Series India vs South Africa Freedom Series India vs South Africa Series
More From Events
Advertisement
Fear of Missing Out Best Deals?
Subscribe to our newsletter. Now!
Trending
Latest
Quick Links
Trending
Latest