Yes the Big Fight is on, Book Tickets for The India-Pak Match on 18th June 2017

Few days to go for the India vs Pak Match and Goverment says it's not possible to have a match in the current scenario. The Match Schedule and the rest of the news here.
Updated: Jul 14, 2017 18:07 IST 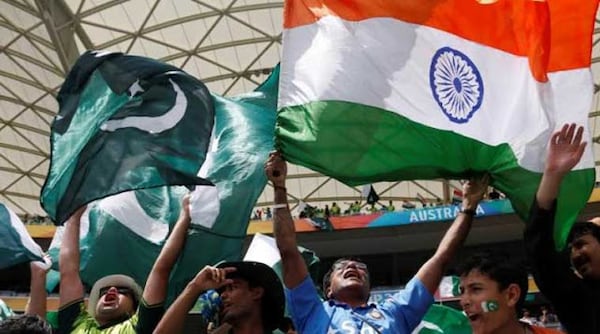 India excelled against Bangladesh by chasing a modest score of 265 in the semi-final round of the ICC Champions Trophy 2017. At the same time, Pakistan were able to outdo their semi-final opponents England. So now, the final on 18 June, 2017 will have a clash between two of the Cricketing world's giants India and Pakistan, and arguably the most intense rivalry in the game. yes, the Finals between India-Pakistan is on the 18th June Sunday. It's going to have us all glued to the Television but if you are an adventurer and want to experience a Live match you go to book your tickets now!The build up to the final has already begun, with posts and tweets all across Social Media and Cricket gurus over the world predicting the outcome. The flare has been prominent ever since the start of the tournament, which saw the teams go against each other in their very first match. India rose to a comprehensive victory with the help of the teams' precise fielding and bowling, winning with 124 runs to spare. The Indian skipper Virat Kohli has looked very confident about his team and has shown excellent form throughout the tournament. In fact, the entire Indian Cricket squad has excelled and has not failed to impress. Rohit Sharma, Shikhar Dhawan, Ravindra Jadeja, Jaspreet Bumra, and the entire squad has displayed confidence and determination in all matches. The Pakistani Cricket Team on the other hand has not looked bleak, to say the least, against any of their opponents. So the final packs nothing less than excitement and thrill, with never-ending anticipation.

While the Finals of the ICC Champions Trophy 2017 between India-Pakistan draws closer, we urge you to block your calendar for 18 June, 2017. Gear up for India vs Pakistan and cheer for your team with all you've got, because we just can't wait to see what's going to happen!

Book your Tickets now! For the India-Pak Final Match for the ICC Champions Trophy 2017

For the latest deals, offers and news, follow HotDeals360 on Facebook, Twitter, Instagram, Google News and subscribe to our YouTube channel.
The HotDeals360 team writes about stuff we think you'll like. HotDeals360 has affiliate partnerships, so we get a share of the revenue from your purchase.
Topic
india versus pakistan cricket match india pak cricket match india pak match 2017 ICC Champions Trophy 2017 ICC Champions Trophy 2017 Point Table
More From Events
Advertisement
Follow Us
Fear of Missing Out Best Deals?
Subscribe to our newsletter. Now!
Trending
Latest
Quick Links
Trending
Latest