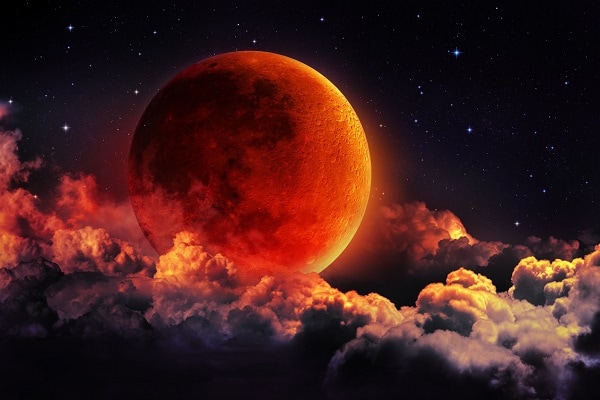 2. Eating at the Time of Lunar Eclipse Causes Indigestion

From a very young age we are restricted to eat during the time of an eclipse, and not only eating we are also restricted from drinking water in that duration. Superstitions say that eating or drinking during this period can cause indigestion and the harmful rays that the mother earth is exposed to get ingested. However scientific studies have proven that eating food or drinking water during eclipse does not harm the health of your body in any way.

Various restrictions are imposed on pregnant ladies at the time of eclipse. It is believed that if pregnant ladies step out of the house during the hour of eclipse it will result in the deformity of the baby. They are also restricted from touching knives, needles or any other sharp object as it can lead to the problem of cleft lip in the unborn child. It has now been scientifically proven that it is absolutely safe for pregnant ladies to watch the lunar eclipse 2018 and in no way the unborn baby is affected.

4. Loss of Blood in Case of Injury

According to the myths in India it is said that if you happen to cut yourself or harm yourself in any manner during the lunar eclipse hours the bleeding will take longer to stop and will leave a scar for lifetime. This strange belief scares the hell out of many and stops them from going out during the period of eclipse. This superstition again remains untrue as the time taken for the wound to heal depends upon the person and it has nothing to do with the moon.

5. Taking a Bath After Eclipse

We have often heard people in India taking a bath and wash their hair once the lunar eclipse has come to an end. They believe that the clean water will wash away all the negative energy and effect of the rays. Considering the fact that the water through which they bath is also exposed to the same radiations it remains mysterious as to how the logic behind this myth works. This myth has no scientific benefit at all except to improve the personal hygiene of the person.

Apart from this many people donate clothes, and food items after the eclipse ends, they cover all their food stuffs and water and also add Tulsi leaves in all edible items as they consider it sacred and believe that it will protect the food items and water from getting contaminated from the negative rays emitted during the eclipse.

How to Take Great Pictures of Lunar Eclipse 2018

Lunar eclipse 2018 is basically the earth’s shadow that covers the moon partially or fully based upon its position and this phenomenon is completely a natural occurrence.