National Rum Day is celebrated on 16th August. Let's educate ourselves before heading towards National Rum Day 2017 celebration and double the joy with near and dear ones.
Updated: Nov 16, 2017 10:46 IST 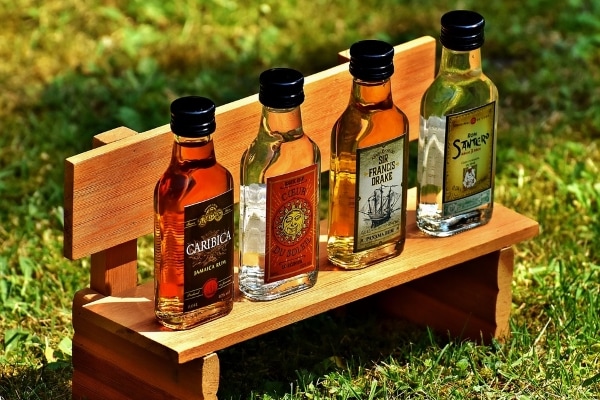 National Rum Day
National Rum Day is annually observed on August 16 which is mainly celebrated in USA. Rum is a distilled alcoholic beverage made from sugarcane by products, such as molasses, or directly from sugarcane juice, by a process of fermentation and distillation. Rum is third most popular drink in USA. Rum is not only most widely used spirit in cocktail but also has a fascinating history. Its spirit is somewhere associated to romanticism. Rums are produced in various grades. Light rums are commonly used in cocktails, whereas "golden" and "dark" rums were typically consumed straight or neat, on the rocks, or used for cooking, but are now commonly consumed with mixers. Premium rums are also available, made to be consumed either straight or iced.

Rum is a happy drink, associated with tropical climates, days spent smelling of sunscreen by the water and dancing with good friends. So when a colleague tells you it's National Rum Day you celebrate. Probably the best way to celebrate rum day is to make yourself some rum drinks. There are variety of them available but some of the most popular rum are listed below which you must give a try:

When you are celebrating rum day you must have some knowledge about the rum. Bartenders are using rum to make some of their best cocktails which you must try but keeping in mind that whatever you have, have it with responsibility. Some amazing cocktails which you should have are listed below:And a lot more which you definitely want to taste.

Combination Of Food and Rum:

Not at all the people are outgoing and there are some people who like to celebrate at their house with close family and friends. They can try some delicious dishes made from rum and enjoy at their house. Rum is staple product but it can also be used as additional flavour in your food. Some amazing meals can be made out of rum some of them are here which can make your rum day a fantastic one.And for those who wanted to celebrate their day out away from home can visit these amazing places in Delhi which will surely make your day and entice the taste buds of the Rum lovers:So on this National Rum Day, celebrate in style. Go and grab some amazing drinks followed by nice dinner which will make you day perfect and memorable.

₹ 449
Buy on Amazon
For the latest deals, offers and news, follow HotDeals360 on Facebook, Twitter, Instagram, Google News and subscribe to our YouTube channel.
The HotDeals360 team writes about stuff we think you'll like. HotDeals360 has affiliate partnerships, so we get a share of the revenue from your purchase.
Topic
National Rum Day National Rum Day 2017 Types of Rum Rum in Food
More From Events
Advertisement
Fear of Missing Out Best Deals?
Subscribe to our newsletter. Now!
Trending
Latest
Quick Links