New Smartphone Launches this Festive Season to Shop on Amazon

New Smartphone Launches on Amazon during the festive time. Shop for these latest phones which will be launched and available for sale on Amazon, Shop on Amazon for these latest festive launches to grab the best deals and offers.
Updated: Feb 20, 2019 11:58 IST 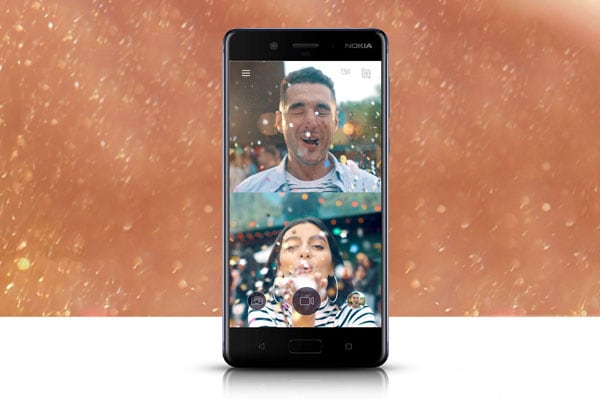 New Smartphone Launches this Festive Season to Shop on Amazon.

The festivities in India have already started, and everybody in the family must be busy preparing their own wish list. The online offers and sales add on to the confusion as to what to buy and what not to buy. To attract more and more buyers these e-commerce giants come with some of the most amazing and never before deals. Beginning from the latest range of home appliances, mobile phones, to personal grooming tech gadget, the craze for trendy and recently launched gadgets and electronics are on the top of the list as always. People wait eagerly for the festive season discounts to come up as the prices of even the newly launched products are supposed to crash down during this period. This is also the time when we generally tend to switch to new gadgets and electronics and get rid of the old ones.

Here is a complete list of new smartphone launches this festive season:

10.or G was launched in September. The phone features a 5.5 inch display and is powered by octa-core Snapdragon 626 processor. The 10.or G has 32GB internal storage, expandable up to 128GB. The 16MP front camera on the front for selfies and 13MP rear camera comes in handy. This is one of the new smartphone launches this festive season.

10.or E is rather a pleasant smartphone for this price range. With a reliable chip set, a full high definition screen and flash on both cameras the phone defies its price. The 10.or E was also launched in September prior to the launch of 10.or E, thus this is yet another new smartphone launches this festive season.

Kult is a new entrant in the Indian telecom industry. The Kult Gladiator will be sold exclusively on Amazon from October 8. The Kult Gladiator features full HD display and is powered by Android 7.0. The 4000mAh battery is large enough to keep your phone juiced up. This is yet another new smartphone launches this festive season.

iPhone 8 is name that does not need any introduction. It has been one of the most talked about gadget in the past few months. With so many features and specifications the iPhone 8 is certainly the best gadget to indulge yourself with. The all glass design and wireless charging facility sets it apart from the crowd.

Launched in June 2017 the inFocus Turbo is another new smartphone launches this festive season. inFocus is a USA based company. The inFocus runs Android 7.0 and is powered by a 5000mAh non removable battery.

Nokia 8, the Android flagship carrying the name of the company that once ruled the mobile world, is finally in India. The big highlight of the smartphone, of course, is its camera, with HMD Global, which means the phone will be capable to click pictures from both the front and the rear camera at the same time. This is certainly one of the new smartphone launches this festive season that has the capability to make people go crazy for it.

Fun and festivity go hand in hand, and this fun can increase when you get to try your hands on the new smartphone launches this festive season.

For the latest deals, offers and news, follow HotDeals360 on Facebook, Twitter, Instagram, Google News and subscribe to our YouTube channel.
The HotDeals360 team writes about stuff we think you'll like. HotDeals360 has affiliate partnerships, so we get a share of the revenue from your purchase.
Topic
new smartphone launch latest smartphone launches amazon smartphone offers
More From Events
Popular Mobiles
Advertisement
Fear of Missing Out Best Deals?
Subscribe to our newsletter. Now!
Trending
Latest
Quick Links
Trending
Latest