OnePlus Nord launching on July 21, this smartphone is loaded with spectacular features and will be available for sale on Amazon. Read on to know the OnePlus Nord price, features and specifications. 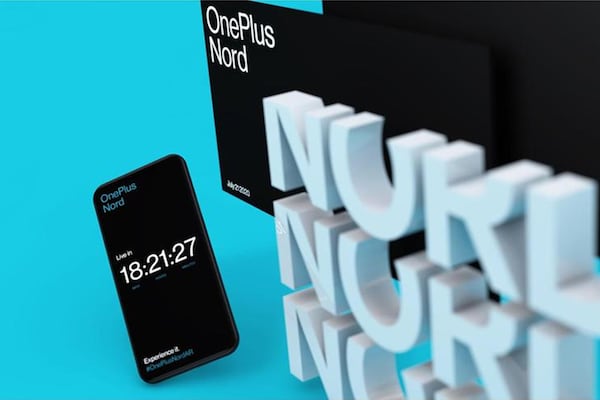 The latest flagship of OnePlus, the OnePlus Nord was recently spotted on Amazon, making it clear that gadget geeks will soon be able to get their hands on this spectacular device. Here are some of its reported highlights.

The new smartphone comes with a touch display of 6.55 inches featuring a 402 PPI and a fluid AMOLED screen.

The OnePlus Nord gets its power from the octa-core processor and sports a 6GB RAM. Along with all this, OnePlus Nord also features massive 128GB internal storage.

What keeps the OnePlus Nord alive for long is its 4115mAh powerful battery.

The phone looks stylish and elegant and what adds value to the phone is its claim for 5G connectivity.

OnePlus has regularly been coming up with great phones that are powered with spectacular features. One such great launch from OnePlus would be the OnePlus Nord. The sale for this spectacular smartphone will begin on Amazon soon while the AR launch happens from today 1:30 PM onwards.

Pre-Order Of The OnePlus Nord on Amazon

Amazon had aggressively been promoting the launch and pre-booking of OnePlus Nord on its website and social handles. The OnePlus Nord launch will start today so stay tuned.

OnePlus Nord is all set to be launched on July 21. The OnePlus Nord has already been spotted on Amazon, making it clear that Amazon would soon announce the sale for OnePlus Nord.

As far as price is concerned OnePlus claims to be going back to its roots and offering high-end features at affordable price. The price of OnePlus Nord is being speculated to be around Rs. 30,000.

The company has also announced benefits worth Rs. 5,000 for early birds. Apart from this, Amazon can also come up with special discounts on pre-bookings of the phone.