Papon will be playing live near you this June of 2017, the concert dates are out and the bookings are on. Get your tickets and book your date with Papon.
Updated: Nov 15, 2017 17:20 IST 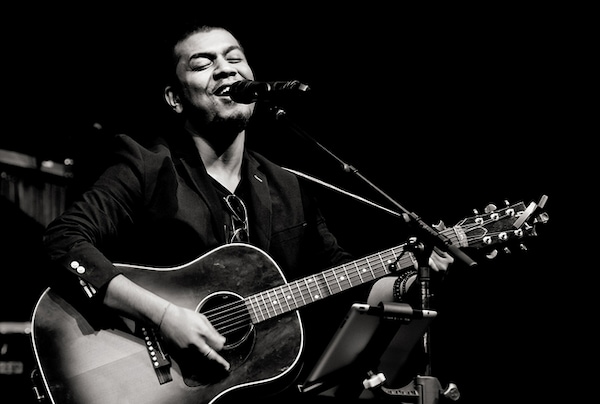 Papon Concert in Delhi
"Papon" is probably a name that you've heard, or even if you haven't, you've definitely heard his voice. One of the most sought after musicians in the entire country, Papon is a multi-instrumentalist, composer, producer and singer. Born in Assam, his compositions are probably one of the finest examples of "East-meets-West." With his exceptional talent, Papon made his way into the Indian Musical Landscape at a very early age. Featured in three consecutive seasons on Coke Studio India, he made his way into Bollywood, lending his voice to some of the most popular and loved songs of all time such as "Moh Moh Ke Dhaage", "Jiye Kyun", "Kyon", "Humnava", "Mai Tujhse Pyaar Nahi Karta", "Bulleya", and many more. His melodious voice has had a mesmerising effect on the masses and made his fame inexorable, and now he has collaborated with the famous "Fossils" to bring you an evening that you cannot afford to miss. Spiritz Mirchi Live Big Tap Fest brings you Papon and Fossils, Live in Concert, at the Jawaharlal Nehru Stadium on 24th June, 2017 at 2pm. The Concert doesn't just end there, on the 25th of the same month, a line-up of other artists such as "Indi Graffiti", "Brothers In Arms", and more are set to give you a brilliant musical experience.
So book your tickets as soon as you can, because the seats are filling up fast. Sit back, relax and let the musicians take over your thoughts, and take you on a fantastic journey.
To make it even better, we at Hotdeals360 have a deal for you on tickets that you would not want to miss out on!
For the latest deals, offers and news, follow HotDeals360 on Facebook, Twitter, Instagram, Google News and subscribe to our YouTube channel.
The HotDeals360 team writes about stuff we think you'll like. HotDeals360 has affiliate partnerships, so we get a share of the revenue from your purchase.
Topic
papon concert live concerts in delhi papon live concert concerts in june concerts in delhi
More From Events
Advertisement
Follow Us
Fear of Missing Out Best Deals?
Subscribe to our newsletter. Now!
Trending
Latest
Quick Links
Trending
Latest