Redmi Y3 was launched in India in April 2019. This smartphone is loaded with spectacular features and will be available for sale in India exclusively on Amazon from today 12 PM onward. 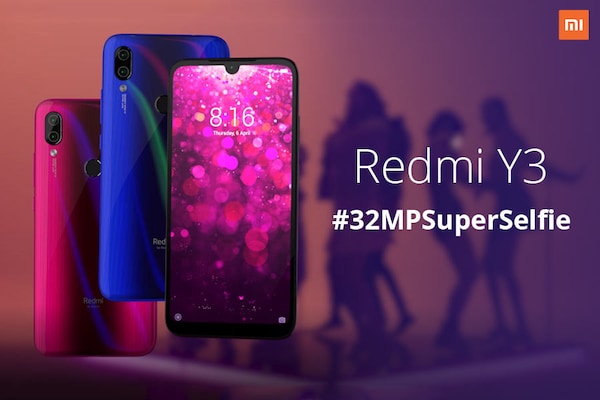 Launched in the month of April 2019, the Redmi Y3 smartphone from Xiaomi is now available for sale in India from today 12 PM onward on Amazon. This smartphone from the very popular Xiaomi comes with a notch display of 6.26 inches featuring a resolution of 720 pixels by 1520 pixels. The Redmi Y3 gets its power from the octa-core processor and sports a 3GB  RAM. Along with all this the Redmi Y3 also features 32GB internal storage along with expandable memory of up to 512GB. Now coming on to the camera feature of the phone, it packs a dual camera of 12MP + 2MP on the rear panel along with a selfie shooter of 32MP in the front. What keeps the Redmi Y3 alive for long is its 4000mAh powerful battery. The phone looks stylish and elegant and what adds value to the phone is its powerful performance and battery. A powerful contender of the best selfie camera phones this Redmi Y3 is a revolution when it comes to latest Xiaomi phones.

Xiaomi Redmi Y3 has already been listed on Amazon for its launch and sale. The Redmi Y3 was launched in India on 24 April 2019 as an Amazon exclusive product and will go on sale today at 12 PM.

Xiaomi has regularly been coming up with great phones that are powered with the spectacular features. One such great launch from Xiaomi is the Redmi Y3. Amazon is now all set put on sale the brand new Redmi Y3 from today 12 PM onward.