Samsung Galaxy M20 was launched in India in the month of January 2019. This smartphone is loaded with spectacular features and will be available for sale in India exclusively on Amazon today from 12 PM onward. 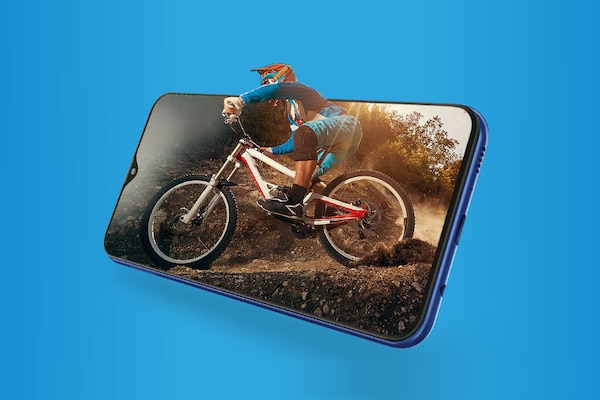 Launched in the month of January 2019, the Samsung Galaxy M20 smartphone from Samsung will be available for sale in India today exclusively on Amazon. This smartphone from the very popular Samsung comes with a touch display of 6.30 inches featuring a resolution of 1080 pixels by 2340 pixels. The Samsung Galaxy M20 gets its power from the octa-core processor and sports a 3GB/4GB RAM. Along with all this Samsung Galaxy M20 also features 32GB/64GB internal storage along with expandable memory of upto 512GB. Now coming on to the camera feature of the phone, it packs a dual rear camera of 13MP + 5MP along with a selfie shooter of 8MP in the front. What keeps the Samsung Galaxy M20 alive for long is its 5000mAh powerful battery. The phone looks stylish and elegant and what adds value to the phone is its budget range. This phone has all the features that can help it get listed as one of the best Samsung phones under 15000.

For the latest deals, offers and news, follow HotDeals360 on Facebook, Twitter, Instagram, Google News and subscribe to our YouTube channel.
The HotDeals360 team writes about stuff we think you'll like. HotDeals360 has affiliate partnerships, so we get a share of the revenue from your purchase.
Topic
Samsung Galaxy M20 Sale Best Samsung Phones Under 15000 Best Phones Under 15000 Best 5000mAh Battery Phones
More From Events
Advertisement
Fear of Missing Out Best Deals?
Subscribe to our newsletter. Now!
Trending
Latest
Quick Links
Trending
Latest