Delhi! Get Ready to Groove to the Swagger Songs of Diljit Dosanjh Live 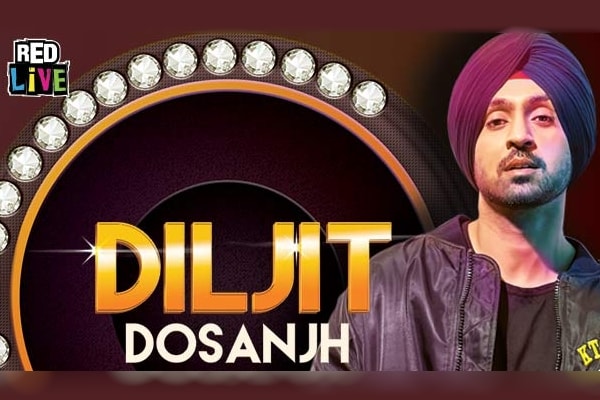 Diljit Dosanjhs Swag Fest 2017 : Delhi! Get Ready to Groove to the Swagger Songs of Diljit Dosanjh Live
The man who is known to be the living definition of ‘Swag’- Diljit Dosanjh along with Red FM is all set to increase the swag quotient of the town with his performance at the second edition of Swag Fest. Diljit has a huge fan following across India not only for his singing but also for his acting skills. The Leisure Valley Ground, Gurgaon would be witnessing an all together different level of craziness on 23rd December 2017, when Diljit Dosanjh would be performing live for his fans. So all the music lovers out there in Delhi it is the perfect time for you to get set for an enthralling evening with Diljit Dosanjh.

To witness the live performance by Diljit Dosanjh live this Christmas weekend on 23rd December 2017 at Leisure Valley Ground, Gurgaon. The entry to the venue will be allowed on tickets and passes. To book the tickets right away click on the link below.

Diljit Dosanjh has been a known name and a pure heartthrob in Punjabi Cinema for a long period of time. He debuted in Bollywood with the sensational movie Udta Punjab that brought lots of laureate for him including the Best Male Debut Award. Diljit would be seen high on his performances at the Swag Fest season 2. Diljit Dosanjh is all set to rock your Christmas Eve this time. He never misses on a chance to treat his fans with utmost respect, love and gratitude, so prepare yourself for a rocking evening with Diljit Dosanjh in Gurgaon.

A Sneak Peek in to Diljit Dosanjh’s Life:

In his early life the heartthrob Diljit Dosanjh had a zest of music, and he made a mark in the Punjabi Music Industry. Soon he became the ideal of young Punjabis. He started his professional career in his teens, “Ishq da Uda-Adda was certainly a bang to start off with. Soon his songs like ‘Dil Saade Naal’, ‘Paggan Pochhveeyan’ became the dance anthems. With every new album he took the fans by storm taking his singing to ‘The NeXt LeVel’. He has always believed in treating the stumbling stones in his career as the stepping stone of success.

Use BookMyShow Tickets Offers to book your favourite movie tickets at amazing cashbacks and discounts.